Islamic council, CAN face off over Sukuk bond 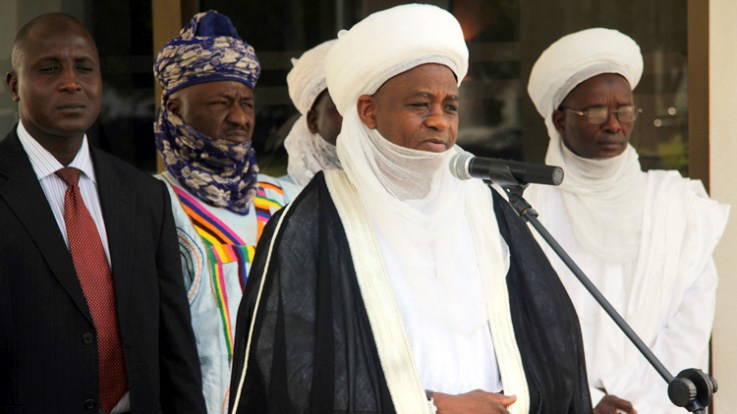 The Nigerian Supreme Council for Islamic Affairs (NSCIA) has responded to claims made by the Christians Association of Nigeria (CAN) over the issuance of Sukuk Bond by the Federal Government.

The Christian body had described the issuance of the bond as an attempt to sell Nigeria to Arab nations.

But a statement by the Deputy Secretary General of the NSCIA, Salisu Shehu, said: “CAN cannot claim ignorance of the fact that even the World Bank has been involved in issuing SUKUK and the floating of SUKUK Bonds.

“Less than two years ago, Britain hosted a World Conference on Islamic Banking and Finance and David Cameron, the then British prime minister, openly declared that their intention was to make UK the hub of Islamic Finance in the World.

“It would certainly be embarrassing for CAN to be told that the first and foremost state in Nigeria to submit application for loan to the Islamic Development Bank is a Christian-dominated state in the South-East.”

The NSCIA said what had kept Nigeria together is the culture of mutual understanding, tolerance, and by extension, the spirit and principle of give and take.

“This has been the factor that made Muslims to tolerate several practices or things that are essentially Christian in nature and outlook, in substance and form and indeed in principle and practice, but imposed on us,” the group said.

“We have not been talking of Christianization because Sunday has been forced on us as a work-free day, or the Cross as our hospital sign and symbol, our membership of the International Red Cross, and many other things including almost all the titles of the heads of academic institutions ( Chancellor, Provost, Dean, Rector, etc.).

“Despite this remarkable tolerance from Muslims over the years, CAN appears to be increasingly becoming Islamophobic and paranoid about its hate and intolerance of Islam, casting aspersions, unnecessarily overheating the polity and unjustifiably creating fear and distrust in the minds of peace-loving citizens of our great country.

“We are poised to advise CAN to, in the spirit of Biblical injunctions, uphold the truth for its sake and tread the path of honour and refrain from statements capable of causing disaffection and promoting disharmony that may lead to conflict in the country.”

The statement also implored all Imams to, as a matter of responsibility, use their sermons (Khutbah) to further remind the Muslims about the Islamic teachings of patience, pardon and forgiveness in the face of provocation and even aggression.

“Our Imams should tell our Muslim brothers and sisters that they should not in any way try to retaliate the unwarranted attacks and killings of Muslims in the South-East on innocent Igbo citizens within their localities or neighbourhoods with whom they are living peacefully and harmoniously,” the NSCIA said.

Previous Yangon Stock Exchange looks for Belt and Road boost
Next Microsoft HoloLens: Renault Sport CIO Shares How Formula One Can Use it