'It may go unnoticed': Why Canada is ripe for immigration scams

Imagine that your business name is used as bait to scam foreign workers hoping to come to Canada or that your stolen personal identity is used as the contact for the scheme.

It is happening to some of Canada’s best-known companies, including Bell Canada, Via Rail, Scotiabank and Bombardier and to a Montreal businessman, CBC News has learned.

Those companies and the Montreal man were unaware that someone had used them as a front to defraud foreign job seekers out of thousands of dollars until CBC News told them.

“This is the first we have heard of Giant Tiger being mentioned in this capacity,” said Alison Scarlett, manager of brand communications for Giant Tiger Stores Ltd.

“We are absolutely appalled that our trusted name would be used in such a scheme.”

The CBC investigation began after hearing from two Canadians whose family members were trying to immigrate to Canada from India.

The relatives in India were working through a contact who claimed to be a lawyer named Daniel Philip Bornstein and who would help them obtain a Canadian job and documentation.

Once offered a job in this country, the prospective immigrants would pay a fee. The catch: the job offers turned out to be bogus.

How the scheme worked

The lawyer claiming to be Daniel Philip Bornstein approached a third party consultant in India who had clients wishing to immigrate to Canada.

Documents obtained from the Indian consultant show that he then provided job postings from a number of Quebec-based companies, including SNC Lavalin, Via Rail, Golder Associates, Siemens Canada, Scotiabank, Bell, Brookfield Global, Giant Tiger, Systemex Automation and Bombardier. The job postings all appeared to be real positions from the companies’ websites.

Companies such as Bell, Bombardier and Scotiabank were unaware their names had been used in the immigration scheme. (Shutterstock)

He would then arrange a phone interview with someone he said was a company representative. Applicants would then receive a job offer letter and contract, often using the company’s real logo and contact details.

Once the contracts were signed, he provided them with what looked like government documents including visas and Labour Market Impact Assessments.

The clients would pay more than $3,000 by transferring money through a pre-arranged bank account or online money transfer site.

To establish his credibility, the fraudster told prospective victims that he is a lawyer registered with the Law Society of Upper Canada with no complaints against him.

A quick search of the law society online database does list information for a Daniel Philip Bornstein and does show no complaints.

There is no current contact information or company association listed, making it harder for clients to verify his identity and making it easier for anyone to just use that name.

CBC News tracked down the real Daniel Bornstein, who confirmed that he is registered with the law society and spent two years practising tax and estate law in Montreal but is now a partner at a linen supply company. 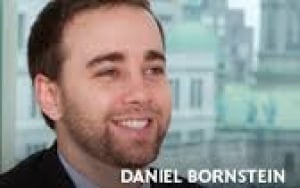 Daniel Bornstein, who is now a partner in a linen supply company, said he had no idea his name was being used for fraudulent activity and found it ‘very alarming’ to know that his name could be easily lifted from a legal directory. (Daniel Bornstein)

He said he had no idea his name was being used for fraudulent activity and found it “very alarming” to know that his name could be easily lifted from a legal directory.

The Canadian Anti-Fraud Centre confirmed that it received three separate complaints against someone named Daniel Philip Bornstein dating back to 2012 from Nepal, Kazakhstan and Singapore.

CBC tried repeatedly to contact the man claiming to be Daniel Bornstein, however, the Montreal business address he provided to the clients was not valid and no one answers at the phone number he listed.

CBC News contacted several of the companies referenced in the consultant’s case documents and all but three had no idea about it and had never heard of anything like it before.

Bombardier told CBC that it had been informed of a similar scheme where fraudulent job offers at the company were being made.

‘What we can do as Canadian companies is be very vigilant and to report it immediately when something like that happens, and that is exactly what we did.’ – Simon Letendre, Bombardier

“In the end there is only so much we can do when — if someone decides to forge your letterhead,”  says Simon Letendre, senior public affairs adviser for Bombardier.

“What we can do as Canadian companies is be very vigilant and to report it immediately when something like that happens, and that is exactly what we did.”

Siemens Canada also confirmed it is aware of similar incidents.

“While we can’t comment on specific cases, we can confirm that we automatically report any recruiting irregularities to the appropriate authorities,” the company said in a statement.

Systemex Automation had been contacted by one of the Indian victims about his “job offer” from the company and told him it was a fraud.

Systemex general manager Kelsey Medeiros told CBC News he was “surprised” to find out his company’s name was being used in the scheme.

“I guess things that happen, there’s nothing I can do to control that. If some people want to be fraudulent about that stuff, I guess they are able to do it and I don’t have full control. But certainly it’s not something very fun to hear.”

Jeff Thomson, a fraud analyst with the Canadian Anti-Fraud Centre, said it encourages Canadian companies to post warnings on their websites, but warns that “in the information age it’s full fair game. Anybody that is online, or anybody who has a website, all that could be copied at any point in time.”

Thomson also says that scams such as this are quite common and it’s “not the first time I’ve heard about scams like this.” They have been around for many years and the internet has made it even easier.

‘A lot of times they are drawn into the fraud because there is the illusion, that deception, that it’s a real company.’ – Jeff Thomson, Canadian Anti-Fraud Centre

He says Canada and Canadian jobs are often used to lure foreign victims because of the country’s reputation as a good place to live and work.

“A lot of times they are drawn into the fraud because there is the illusion, that deception, that it’s a real company.

“Canada is a good place to live. So when people see these things popping up [online], you know, ‘Come to Canada,’ they know it’s a good place to come. I think we have a good name for ourselves.”

He says there is no way to put an actual number on this kind of scam because the victims are not from Canada and usually do not report it.

From January to November of 2016, the Canadian Anti-Fraud Centre received more than 31,000 complaints of ID theft or fraud, but just 102 of those were from people outside Canada.

The lack of reporting also means that the Canadian companies whose names are being used usually have no idea.

“It boils down to people reporting,” Thomson says. “Unless people are reporting the fraud, it may go unnoticed and that’s how a lot of these frauds succeed.”

We want to hear your stories. If you have any information to share on this topic, please contact lori.ward@cbc.ca