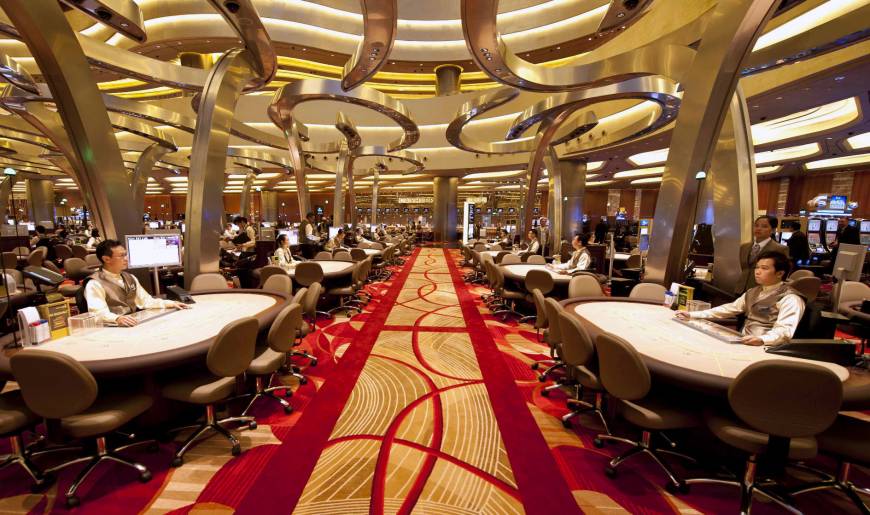 OSAKA – What are the odds that the public can be convinced of the case for legalized casino gambling?

With the passage of a controversial bill earlier this month lifting the ban on casino gambling, and in the face of strong public opposition, supporters now must make the case to a skeptical public that so-called “integrated resorts” are not only the best approach to controlling the social ills related to gambling, but can also generate a profit for operators and add to the local tax base.

In 2017 the Diet is expected to debate new bills designed to realize integrated resorts and spell out conditions under which they will operate. The discussion is expected to be intense, and pro-casino politicians at the local and national levels are increasingly looking to the island nation of Singapore as a model for best practices.

In mid-December, a group of 12 Osaka Municipal Assembly members traveled to Singapore on a fact-finding mission, seeking to discover how Singapore’s two integrated resorts are faring. Osaka Gov. Ichiro Matsui and former Osaka Ishin co-founder and Mayor Toru Hashimoto are keen to make Osaka the first locality in Japan to host a casino complex.

They have said Singapore could serve as a model for Osaka and Japan. Prime Minister Shinzo Abe and former regional revitalization minister Shigeru Ishiba have also visited Singapore’s casinos and praised the way they are managed.

What is it about Singapore’s casinos that appeals to Japan’s pro-casino lobby? In a nutshell, it’s the comparatively strict conditions under which they are run, especially the city-state’s procedures for dealing with problem gamblers.

A second type is a family-initiated exclusion in which immediate family members apply to bar an individual they believe has a gambling problem. In both cases people stay on the list for a minimum of one year, and must apply to the National Council on Problem Gambling (NCPG) to get off it.

The NCPG is made up of 15 members who are experts in psychiatry, psychology, social services, counseling and law, among other specialties. Under Singapore’s Casino Control act, they have the power to execute casino exclusions and visit limitations, as does the commissioner of police.

Finally, those citizens and residents who have undischarged bankruptcies, receive financial aid from the government, are more than six months behind in their rent or receive legal aid are automatically excluded by law from entering a casino.

Citizens and permanent residents are also limited by law in the number of times they can visit a casino each month. An individual can apply for a voluntary visit limit, which is designed to help curb problem gambling. Immediate family members can also apply for a monthly casino visit limit for a relative.

As of September, nearly 317,000 people were excluded from Singapore’s casinos, including about 246,500 foreign nationals and 21,000 citizens and permanent residents under the self-exclusion scheme. Another 4,000 people had the number of monthly visits they could make capped.

For citizens and residents who can enter casinos, however, it’s not a matter of simply walking straight to the gaming tables. There’s an entry fee of SG$100 (about ¥8,000) to enter and remain on the casino premises for 24 hours. Or, an individual may pay SG$2,000 (about ¥160,000) for an annual membership that affords unlimited entry.

Only two licensed casinos are currently open in Singapore, the Marina Bay Sands, which is operated by a unit of the U.S.-based Las Vegas Sands Corp., and the Resorts World Sentosa, which is run by Genting Singapore Plc, a subsidiary of the Malaysian conglomerate Genting Bhd. Both are considered integrated resorts.

“Singapore is a notable success in that it has established a statutory and regulatory environment for two very large integrated resorts,” said Eugene Christiansen, CEO of Christiansen Capital Advisors LLC, a U.S.-based independent research and consulting firm with expertise in the regulation of the international leisure and entertainment industry.

Christiansen has written about Japan’s attempts to introduce integrated resorts. “The policy goal Singapore sought to realize with its casino law was to create diversified integrated resorts that would attract tourists for extended stays, not just gamblers. Casino gaming and nothing else is too narrow a franchise today to support a competitive tourist industry,” he said.

Gillian Koh, deputy director for research at Singapore’s Institute of Policy Studies and an expert on civil society, said that Singapore’s size is one factor that other nations studying Singapore’s legal structure need to keep in mind.

“Singapore is small. It’s the broader governance model and the scale that we are operating within that I suppose needs to be” understood as the context of Singapore’s casino experience, she said.

Prior to agreeing to integrated resorts with casino gambling, Japan’s government conducted numerous public opinion surveys, finding that most citizens and residents were aware of the dangers of problem gambling but were not overwhelmingly against casinos, especially if they were a part of more general integrated resorts designed to attract international tourists. With the passage of the law lifting the ban on casino gambling, Singapore is likely to see more delegations of Japanese local government officials in 2017 as the Diet prepares to debate specific legislative measures for integrated resorts.

But Christiansen warned that simply building a casino and waiting for people to come is wrong.

“Integrated resorts are not for amateurs. Anyone can build a casino. But true IRs are the most complicated leisure entertainment products ever brought to market.

“If Japanese IRs are going to attract affluent tourists and keep attracting them after the novelty of gaming has worn off, they must be competitive with the best IRs in the world, meaning the best properties along the Las Vegas Strip, in Singapore, in Macau, and wherever else in the world such world-class IRs are built in the next 25 or 30 years,” he said.