Japan, South Korea account for 17 of top-20 Asia universities, with Todai No. 2 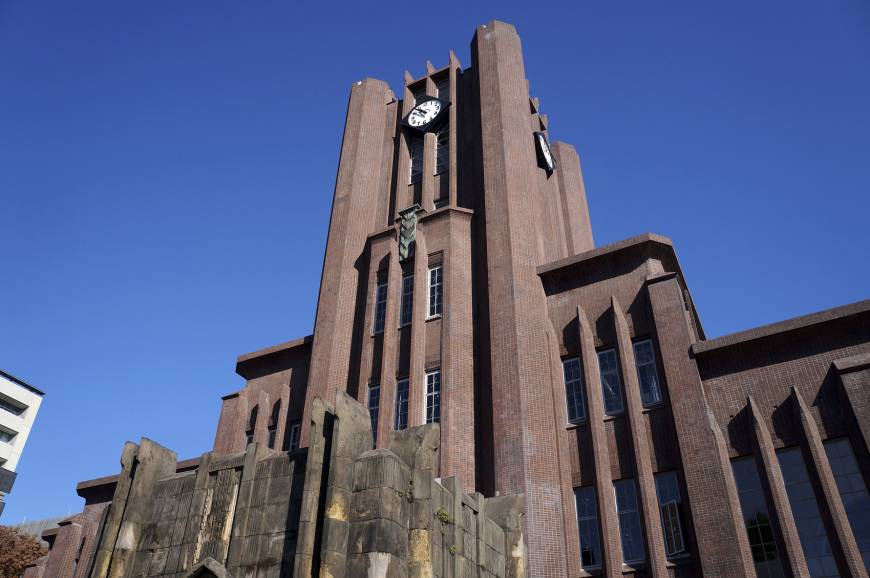 China and India have the biggest populations in the Asia-Pacific region, and the economic news coming out of both countries usually dominates world headlines. But it’s their relatively small regional neighbors Japan and South Korea that dominate the Reuters Top 75: Asia’s Most Innovative Universities, a list that identifies the educational institutions that are doing the most to advance science, invent new technologies and help drive the global economy. Out of the top 20 universities, 17 are based in Japan and South Korea, with the University of Tokyo ranking second.

Topping the list as the most innovative university in Asia is KAIST, also known as Korea Advanced Institute of Science & Technology. Established in 1971 by the Korean government with funding from the United States, the university was modeled after engineering schools in the U.S., and its instruction stresses problem-solving skills and hands-on experience over textbook learning.

KAIST earned its first-place rank by producing original and influential research. Organizations around the world cite KAIST’s patent portfolio as significant prior art in their own patent applications more than any other university in Asia — a strong indicator that the university has an outsized impact on global research and development.

That’s a key criterion in the Reuters ranking, which was compiled with data from the Intellectual Property & Science division of Thomson Reuters. The ranking is based on a methodology that focuses on academic papers, which indicate basic research performed at a university, and patent filings, which point to an institution’s interest in protecting and commercializing its discoveries.

The second most innovative university in Asia is the University of Tokyo. Established in 1877 as the nation’s first Imperial university, “Todai” now enrolls more than 28,000 students, and operates 13 universitywide centers and 11 affiliated research institutes. Nearly 200 companies from across the world partner with the University of Tokyo on collaborative research projects, including Johnson & Johnson, which helps sponsor the Department of Healthcare Quality Assessment, and Fujifilm Corp., which backs the Laboratory of Next Generation Drug Development.

The highest ranked school outside of Northeast Asia is the National University of Singapore (#11). When it was founded in 1905 as the Straits Settlements and Federated Malay States Government Medical School, NUS enrolled just 23 students. The university took its modern form after a 1980 merger with Nanyang University, and currently has about 38,000 students across three campuses.

China’s highest ranked university is Tsinghua University (#13), a public research university based in Beijing. The university has more than 45,000 students and its faculty includes eight Nobel laureates. Tsinghua is one of nine schools in mainland China that belong to the C9 League, an elite group of universities analogous to the Ivy League in the United States. Another league member, Peking University (#16), is the only other Chinese university to crack the top 20.

Overall, there are 22 Chinese universities on Reuters’ ranking — more than any other country. But that’s not as many as you might expect from such a large nation. China has a massive population of more than 1.37 billion people, so in terms of ranked universities per capita, it ranks eighth out of nine countries. Compare that with top-ranked South Korea, which has 20 schools on the list and a relatively tiny population of just over 50 million people. Japan also has 20 ranked universities, Australia has six, Singapore, India and Malaysia each have two, and New Zealand has one.

One reason Chinese universities don’t perform as well as their competitors: they tend to submit less of their research to international patent authorities. Universities outside of China are more likely to file patents in the U.S. and Europe as well as in their home country, indicating that those institutions are invested in protecting and commercializing their discoveries.

Chinese universities also don’t spend as much time collaborating with private industry. They publish relatively few journal articles in collaboration with industry co-authors, and are cited less often in articles published by corporate researchers. The Chinese universities that collaborate most often with industry are all based in the economically autonomous territory of Hong Kong, including the Chinese University of Hong Kong (#21) and Hong Kong University of Science & Technology (#30).

Other nations underperform on the ranking because of the way they organize their university systems. Despite boasting the world’s second-largest population (more than 1.25 billion) and one of its largest economies, only two Indian universities appear in the top 75, The Indian Institutes of Technology (#72) and the Indian Institute of Science — Bangalore (#73). The Indian Institutes of Technology is a network of 23 universities which centralize their patent administration, so it’s not always possible to identify which constituent university was responsible for what research. As a result, Reuters ranked the entire system as opposed to individual universities. World-class campuses like IIT Delhi and IIT Bombay may have ranked much higher on the list if they weren’t grouped in with smaller and newer institutes like IIT Tirupati and IIT Palakkad.

Of course, just because a country doesn’t have any schools in the Reuters Top 75 doesn’t mean their universities aren’t doing important research. Since the ranking measures innovation on an institutional level, it may overlook particularly innovative departments or programs. A university might rank low for overall innovation, but still operate one of the world’s most innovative nanotechnology laboratories, for instance. And it’s important to remember that whether they rank in the top 10 or somewhere in the 70s, all the universities ranked in the Asia Top 75 count among the world’s best — they all produce original research, create useful technology and stimulate the global economy.

In order to compile its ranking of Asia’s most innovative universities, the IP & Science division of Thomson Reuters began by identifying more than 600 global organizations — including educational institutions, nonprofit charities and government-funded labs — that publish the most academic research. Then they evaluated each candidate on 10 different metrics, trimmed the list so that it only included universities located in the Asia Pacific region and ranked them based on their performance.

Previous Record number of international tourists visit Canberra
Next Traveller letters: Why do Aussies always dress like they are at a Pattaya Beach bar