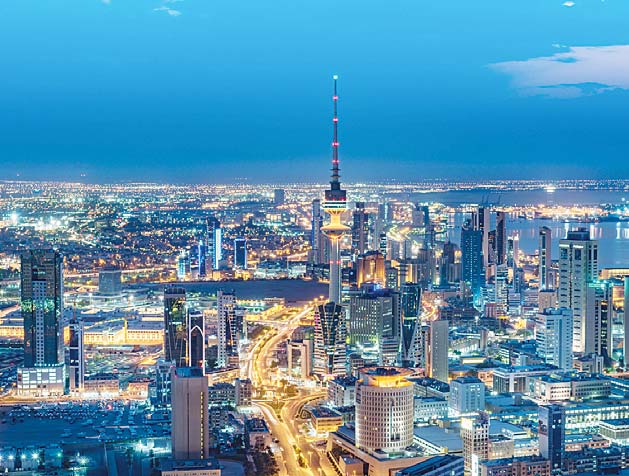 KUWAIT CITY, Sept 28: Kuwait ranked sixth in the Middle East and 42nd out of 46 countries declared as the world’s most popular destinations for expatriates, according to the HSBC Expat Explorer Survey 2017 which polled about 30,000 migrant workers across the world, reports www.arabnews.com Kuwait’s global ranking this year went down by seven notches compared to 2016 when it landed on the 35th spot. Singapore remained on top globally, while Norway climbed six places to the second spot, ahead of New Zealand that dropped by one spot.

Meanwhile, Germany and the Netherlands climbed dramatically to the top five compared to the previous year. On the ranking of other GCC countries, the United Arab Emirates (UAE) took the top spot in the Middle East and 10th in the world – two places higher than the previous year when it ranked 12th. It is ahead of other popular destinations like the USA, United Kingdom and Hong Kong.

The UAE scored high on economic areas, coming fifth overall, but did not fare so well in areas concerning people’s social and family lives. “Expats living in the UAE are rewarded for their hard work… (it) attracts a wide range of people keen to live and work away from home,” the report stated. Proportionately there are more expats living in the UAE than any other country, who said their motive to moving to the UAE was to improve their earnings. “With a small local population, the UAE’s economy depends on qualified expats who moved there to boost their income. It came fifth in the economics category of 2017 Expat Explorer Survey, with high rankings for disposable income, wage growth and career progression” the report added.

Bahrain scored well on earning potential and for raising children, with 71 percent of those questioned believing there were better opportunities than in their home countries. “Bahrain also scored highly as a place to raise children – 71 percent of expat parents believe their children have a better quality of life than in their home country and 57 percent said that Bahrain offered better health and wellbeing options for their offspring,” the report explained.