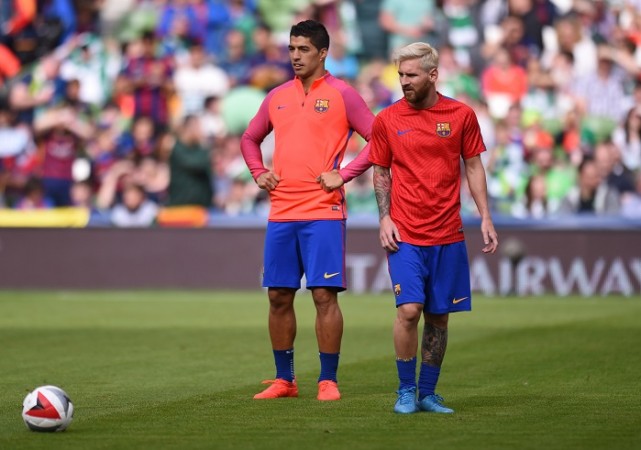 Barcelona will begin the defence of their La Liga crown with a home game against Real Betis at the Camp Nou on Saturday. Lionel Messi and co. were made to fight really hard for their title last season, and with Real Madrid and Atletico Madrid looking strong again, this season is expected to be no different.

Therefore, a strong start will be essential, and Barcelona, after coming through in their Supercopa against Sevilla, will look for a comfortable three points against Betis.

“We are motivated to win the league title for a third year running as it is something that has rarely been achieved in the club’s history,” Barcelona manager Luis Enrique said.

Barca had a mixed preseason, during which, for once, they did not travel to a different continent. And that lack of travel might stand them in good stead as they look for a perfect start to their La Liga campaign.

With plenty of new signings coming in – they have paid considerable amounts to bring in the likes of Andre Gomes, Samuel Umtiti, Lucas Digne and Denis Suarez – Barca will hope to add some freshness to their play, which showed signs of wear and tear last season.

Elimination in the quarterfinal of the Champions League would not have made them happy, and while defending their La Liga crown will be a priority, their main focus will be on regaining the European crown. To do that all the new signings need to be integrated into the team as soon as possible, not that Enrique is too concerned.

“The adaptation will not be seen in two games, but rather over the course of the season,” Enrique added. “For us, it is beneficial that they have demonstrated a good level since they have arrived.”

While there will be a fair bit of attention paid to the new signings, most of the spotlight will remain on Barcelona’s “MSN” attack. For this match against Betis, though, Barca will be without one of their feared trio. While Lionel Messi and Luis Suarez will be a part of the La Liga action on Saturday, Neymar will be getting ready to play in the gold medal match of the Rio Olympics, with Brazil facing Germany in the final.

And after watching Messi’s reaction to Argentina losing in a major final, Barcelona fans and management will hope Neymar returns to the club a happy man.

Real Betis will want to put some frowns in the Barcelona camp by causing an upset, and with a new manager in Gus Poyet bringing in fresh ideas, the champions could be in for a difficult opening game.

“They have a good collective idea that the new manager is planning, they have earned good results in preseason and have signed very well,” Enrique said of Betis. “I am sure that they will create problems that we will have to resolve.”

Where to Watch Live

Barcelona vs Real Betis is scheduled for a 6.15 p.m. local time (9.45 p.m. IST) start. Live TV and streaming information is below.