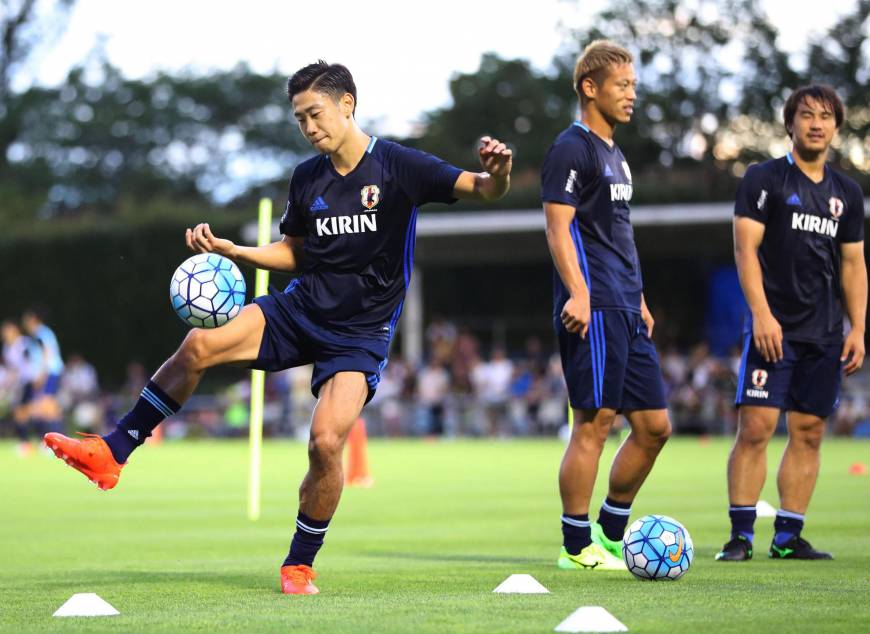 After a year and a half of shadow boxing, national team manager Vahid Halilhodzic finally gets to taste some meaningful action when Japan begins the final round of Asian qualifiers for the 2018 World Cup against the United Arab Emirates on Thursday night.

With a host of dangerous teams looking to deny them a place at a sixth-straight World Cup, however, the Samurai Blue cannot afford to let their guard down for a second.

Japan takes on the UAE at Saitama Stadium to kick off a final-round Group B that also includes Asian champion Australia, Iraq, Thailand and Saudi Arabia, with two automatic qualification places plus one playoff spot for Russia 2018 to play for. A quarterfinal penalty-shootout defeat to the UAE at last year’s Asian Cup under Javier Aguirre was the best Japan could muster the last time it came up against the continent’s best sides, and Halilhodzic is taking for nothing for granted 18 months after succeeding the Mexican.

“Three of the four teams who got to the Asian Cup semifinals are in our group,” Halilhodzic said after naming his squad last week. “We lost to the UAE, and they’ve been in a training camp for the last month and a half. You have to take some risks. If we want to get through the final round of qualifiers, we all have to be brave and attack. It’s difficult, but we are trying to win games.”

Japan has hardly been tested throughout Halilhodzic’s tenure so far, topping its initial World Cup qualifying group without conceding a single goal in eight games. That achievement comes with the caveat that the opposition included Afghanistan and Cambodia — currently ranked Nos. 150 and 180 in the world, respectively — although that did not stop Japan from starting with a feeble 0-0 home draw against Singapore.

A repeat performance against the UAE would not augur well for the road ahead, and Halilhodzic will be hoping to pick up early momentum with an away trip to Thailand next to come on Sept. 6. Injuries to defenders Yuto Nagatomo and Tomoaki Makino have not helped the manager’s cause, but the return to fitness of forward Yoshinori Muto is a welcome development.

One player who will not be involved is Kashima Antlers forward Mu Kanazaki, who found himself unceremoniously dropped after throwing a tantrum in reaction to being substituted in a J. League game on Aug. 20. The omission is said to have shocked the player into contrition, and Halilhodzic has, in one shrewd stroke, reasserted his authority without leaving the squad seriously short-handed.

“A national team player cannot have an attitude like that,” said Halilhodzic. “That is the reason why I left him out. The team has certain standards. I want to say to all the players that if you act like this, you will not play for the Japan national team.”

Halilhodzic’s authority on such matters has been aided by the team’s strong recent results, but a poor start to the final qualifying round would see his stock plummet in the blink of an eye. Japan has become so accustomed to appearing at World Cups that a failure to reach Russia 2018 would shake Japanese soccer to its core, and the rest of Asia would need no second invitation to form a new continental order.

“It’s a bitter memory,” striker Shinji Okazaki said earlier this week of Japan’s Asian Cup defeat to the UAE. “If we don’t wipe away that memory, we can’t move forward. In big games, you can’t underestimate the value of just one goal. Scoring means so much to me- I’m ravenous for goals.”

No matter how small the margin, Japan will need to get the job done on Thursday night.