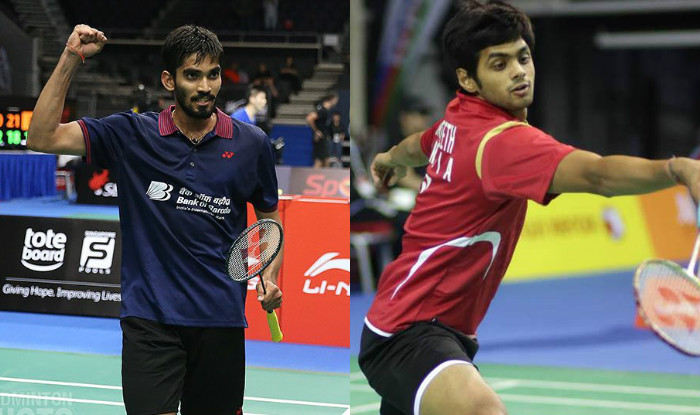 Hello and welcome to India.com’s coverage of the historic final between Kidambi Srikanth and Sai Praneeth. The Indian shuttlers face off each other in the Final of Singapore Open 2017. And it happens for the first time that two Indians clash in the Super Series final. Singapore Indoor Stadium will host the Kidambi Srikanth vs. Sai Praneeth final match. Stay tuned as we bring you the live score updates from the Singapore Open men’s final.

Build-up: It is no doubt a historic moment for Indian badminton. With Srikanth and Praneeth battling it out in the final, one thing is certain; the Singapore Open title will come to India. Both the shuttlers looked in best form as they marched into the finals of the tournament. Also Catch- Kidambi Srikanth vs Sai Praneeth Singapore Open 2017 Final Badminton Free Live Streaming Online

Praneeth comes into the match with head to head record in his favour. He has won four matches against Srikanth out of five. Also, the last encounter between these two, at the Syed Modi Grand Prix Gold, went in Praneeth’s kitty.

However, having won 2014 China Super Series Premier and 2015 India Super Series, Srikanth clearly has a better experience of featuring in the finals. And by the looks of it, he can hold his nerves in this big final. All in all, an exciting match is on the cards and we hope both the shuttlers give their best. (Main Image: Facebook)

Previous Singapore Open Final Live Streaming and Where To Watch: Kidambi Srikanth vs B Sai Praneeth
Next Danskere nedkæmper OL-overkvinder i Singapore-finale