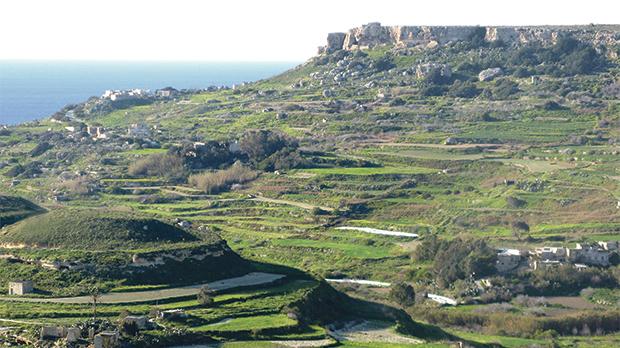 Mtaħleb. It is sobering to see that an iconic area like Mtaħleb is being considered as a potential candidate site for a local motorsports racing track.

I have mixed feelings about the coalition talks held between the Nationalist Party and Alternattiva Demokratika. Such a development is as Janus-faced as they come.

On the one side, there is the positive aspect of the mainstreaming of green issues and of all the commendable campaigns the AD has been championing, albeit in the wilderness. AD, in fact, for all their moral legitimacy, are perceived as an ostracised force, with the “vot għalihom, vot moħli” (a vote for them is a wasted one) faux claim perpetually being bandied about by the two main parties.

On the flip side, however, there are legiti­mate concerns that AD’s wings will be effectively clipped in an assimilation exercise that is more akin to a marriage of convenience that will suit more the short-term objectives of the assimilator (the PN in this case) than those of the assimilated (AD in this case). In biology, such a relationship would be known as commensalism, where one partner benefits while the other gets diddly squat.

I would not go so far as describing such a relationship as one-sided as parasitism. As a dyed-in-the-wool but pragmatic environmentalist, I am interested in seeing the local Green party on solid ground – it’s now up to those leading such sensitive negotiations to ensure that such a coalition, if and when it materialises, would result in an electable pro-environment force whose green credentials do not fade soon after election day.

The dark side of democracy

How do you realise that national elections are around the corner? Simple… when the worst in Maltese voters emerges in the form of political blackmail and arm-twisting. Missives from the lobby in favour of a local motorsports racetrack to the tune of “either you give us a motorsports race track or else we don’t vote” have recently emerged.

The tried and tested ploy of using the promise of foreign investment as a trump card has once again been resorted to here. Such a ploy is frankly pathetic, given that unbridled investment and ‘progress’ is fast turning this island into an uninhabitable place, with all the ongoing construction, dust and air pollution, noise, urban clutter, over-crowding and whatnot.

It’s not only bikers visiting our islands who bring in money but also those tourists visiting the islands to enjoy what’s left of our peace and tranquillity and natural heri­tage.

Which of the following countries currently hosts a motor racing track (by the way, if you haven’t realised, Malta fits the bill in all of these cases)?

A country having almost as many vehicles as inhabitants.

A country having the second highest population density in the world.

A country where deteriorating air quality is a serious concern.

A country where one-third of the surface area is built up.

A country where uptake of fresh ODZ land in unremitting.

A country where noise pollution is a definite concern for many.

The answer in this case is simple – none. Only committed and disturbed sites should be designated for such a race track, and hence, out of the three shortlisted sites, only Ħal Far might fit the bill – definitely not Mtaħleb and not the area between Żebbuġ and Siġġiewi… let’s see when the bombshell is dropped. The Environment and Resources Authority should be consulted in the site selection from day one and not as part of a fait accompli.

Food for thought from Hong Kong

It was refreshing for once to visit a region away from our shores – Hong Kong – which is facing similar crowding issues as our own archipelago. The Chinese territory, in fact, hosts around seven-and-a-half million resi­dents, translating itself into a population density approaching 7,000 individuals per square kilometre (with the figure even shooting up to a staggering 50,000 individuals per square kilometre in some districts), or six times the already stifling figure we have on our islands.

Despite this, the urban footprint fraction of Hong Kong is smaller than that of Malta – 25 per cent of the Chinese territory is built up, compared with 33 per cent of our islands.

So how do they manage to pull through such a feat? Simple: high-rise, which domi­nates the Hong Kong skyline. In fact, after Singapore and Manhattan, Hong Kong has one of the highest percentages of population living above the 10th floor in the world.

Such a proliferation of high-rise invariably brings about some of the same unsavoury facets we have started witnessing here in Malta – permanent construction sites, inadequate traffic infrastructure and parking facilities (slightly less pronounced than in Malta due to widespread use of public transport) and the visual impact.

The Hong Kong residents don’t seem to mind that much, as long as they can retire to the green swathes they are preserving along the western and southern sectors of the territory. Well, it might seem like high-rise might be a bulwark for green areas, at least in places like Hong Kong where there is zero tolerance for development within green areas.

I still find it sobering that this is the ultimate price we might need to pay to safeguard our open spaces, keeping in mind that this mandatory onslaught of the landscape might not fully serve  such a scope in Malta. I justify the latter statement in view of the cavalier attitude to development in green areas we have in Malta, the incompati­ble low-lying residential development surrounding areas earmarked for high-rise, the architectural and cultural value of some of our built environment and the indiscipline when it comes to reducing the impacts on the population of the construction of such behemoths.

Previous Asean urges N.Korea to comply with international obligations
Next Updated 11 hours ago