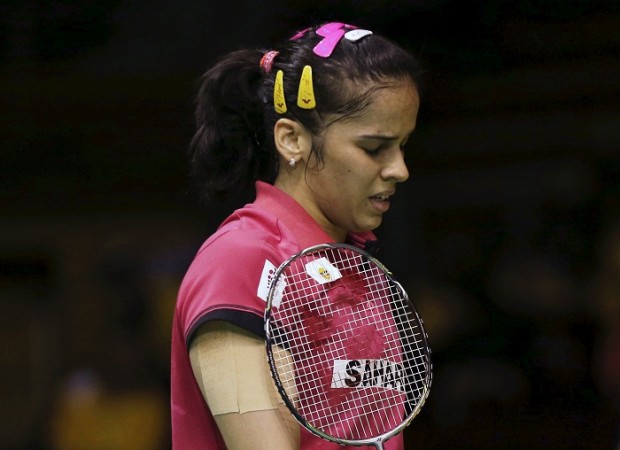 Indian badminton sensation Saina Nehwal couldn’t continue her winning run in the Malaysia Open 2016 as she faltered in the semifinals of the tournament against Chinese Taipei’s Tai Tzu Ying Saturday. This is the sixth straight loss for Nehwal against Ying.

Saina, 26, who was honoured with the Padma Bhushan award this year, went down 19-21, 13-21 to her opponent in just 34 minutes at the Malawati Stadium in Malaysia.

Coincidentally, this is Saina’s third consecutive defeat in the semifinal of a competition. She was knocked out at the same stage during the Swiss Open Grand Prix Gold and the India Super Series earlier this year.

The World No. 8 has got some work to do now as she would be desperate to break her semifinals jinx during the Singapore Open, scheduled to begin April 12.

Tai Tzu Ying has turned out to be a nemesis of sorts for Saina Nehwal at the moment. It was the World No 9 Ying who had won against the Indian at the All England Open 2016 quarterfinals. Prior to that, Ying won a three-set thriller against Saina during the BWF World Superseries Finals in Dubai last year.

Ying will now take on Thailand’s Ratchanok Intanon in the women’s singles final of the Malaysia Open 2016. The Thai shuttler got past the experienced Wang Yihan of China 21-11, 21-19 to enter the finals.