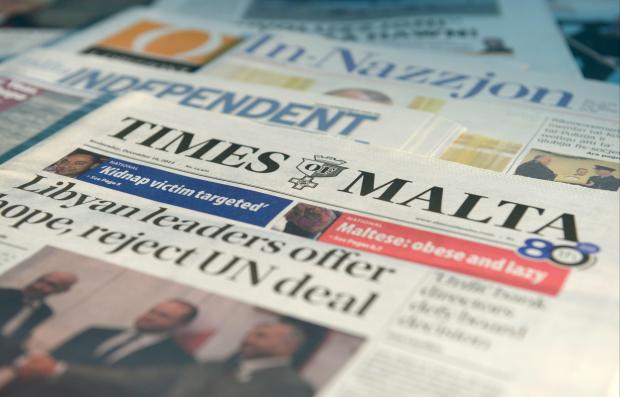 These are the main stories carried in today’s local newspapers:

Times of Malta reports that the gas storage ship for the new power station is still in Singapore and there is no fixed date yet for its departure. It also reports that the site presently occupied by the dilapidated Jerma Palace Hotel in Marsascala has been valued by a court expert at €20.8 million.

l-Oriżżont asks if Ray Bugeja, a former PN leadership candidate, was among the voices of dissent coming out against Simon Busuttil. It also quotes a lecturer from the department of public policy saying Malta needs a policy for the family.

In-Nazzjon quotes a front-page report from Italian newspaper La Stampa saying that Malta had become a factory for EU citizenship through its IIP scheme. In another report, it cites party leader Simon Busuttil saying that the PN was in nobody’s pocket.

Carrying a picture of the Olympic Games torch, The Malta Independent interviews the parents of Drew  Abela, the 20-year-old who died last June and whose organs were donated to help seven other people.