Daniel Ricciardo topped both sessions here at the Marina Bay circuit on Friday, and Verstappen led the way in the final one-hour running before qualifying.

Verstappen edged out Ferrari’s Sebastian Vettel by just seven hundredths of a second, while championship leader Lewis Hamilton was third.

It could be a case of damage limitation for Hamilton, who holds a three-point lead over Vettel, and his Mercedes team this weekend with the slow-speed street circuit expected to suit Ferrari and Red Bull.

Nevertheless, Hamilton was just 0.142 secs slower than Verstappen. His Mercedes team-mate Valtteri Bottas, who has struggled here so far, was further back in eighth.

While Verstappen finished fastest, it was not a session without drama for Red Bull. First, Ricciardo brushed the barrier on the exit of turn 10 before Verstappen limped back to the pits in the closing moments with an apparent gearbox problem. 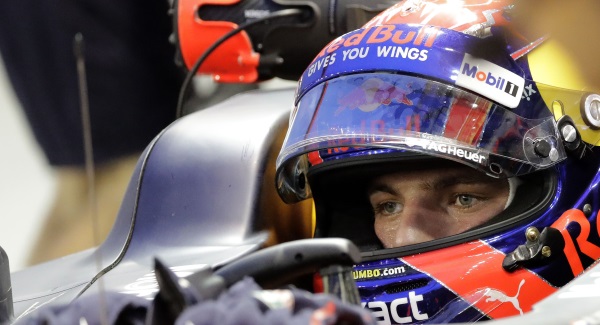 McLaren formally confirmed their divorce from engine supplier Honda on Friday, and they were an impressive fourth and fifth in the standings with Fernando Alonso edging out Stoffel Vandoorne at a circuit not reliant on power.

The narrow confines of the Marina Bay track make it among the most challenging on the calendar as Marcus Ericsson discovered to his cost.

Ericsson lost control of his Sauber and thudded the barrier, sustaining damage to the rear of his car. With debris scattered on the track, the session was suspended for 10 minutes.

Elsewhere British driver Jolyon Palmer, who will be replaced at Renault by Carlos Sainz in 2018, finished 13th, 1.5s off the pace.