Mechanical problems cause delay in Trudeau's trip to Brussels

It took seven years for Canada’s trade deal with the European Union to come together at the last minute.

After some drama last week in Belgium, votes Friday finally approved the signature of the final, 28th member country of the European Union.

Justin Trudeau’s plane was scheduled to take off Saturday night, en route to European Union headquarters in Brussels for an official signing ceremony for the Comprehensive Economic and Trade Agreement, also known as CETA.

However, the drama continued before Trudeau could leave for Brussels. First there was a 90-minute delay, then shortly after finally taking off after 8:30 p.m ET the plane returned to Ottawa because of some mechanical issues. As of 10 p.m. it wasn’t clear when Trudeau would be leaving.

Quick, try to get there before anything else goes sideways.

But wait: haven’t we seen this before?

Twice, former Conservative prime minister Stephen Harper stood with EU leaders, shook hands and appeared to sign a deal — first when an agreement was reached in principle in 2013, and then again as negotiations concluded in 2014.

Unlike the previous two ceremonies, this one counts.

But the Conservatives couldn’t land this plane. Only a willingness to renegotiate — and clarify the controversial parts — got things onto the runway this weekend.

My colleague @RaphaelBouvierA tapes his stand up as we wait for PM Trudeau’s departure to Brussels #ceta pic.twitter.com/GW47hjVPjH

No tariffs are set to come down just yet. These signatures simply kick off a ratification process.

And it’s not a simple one.

After signing, CETA heads to the European Parliament, where a majority of its 751 members from across the 28 member countries of the EU need to vote in favour for the deal to be provisionally applied — more on this, later — in 2017.

Proponents are cautiously optimistic, but European legislators can be unpredictable.

Letter of support from 88 MEPS to @PaulMagnette and the Governemnt of Wallonia in their rejection of #CETA pic.twitter.com/tp72rtGNM1

The European Parliament’s international trade committee is expected to review CETA before the end of the year.

Martin Schulz, the president (equivalent to Speaker), is also a German social democrat. He wants CETA’s passage to boost his ambition to run for German chancellor next year.

House of Commons votes, too

Canadian MPs will vote too, of course. But in Canada, the responsibility for ratifying treaties rests with the executive: Trudeau’s cabinet.

International Trade Minister Chrystia Freeland is expected to introduce an implementation bill before the end of the year to change laws affected by the agreement. 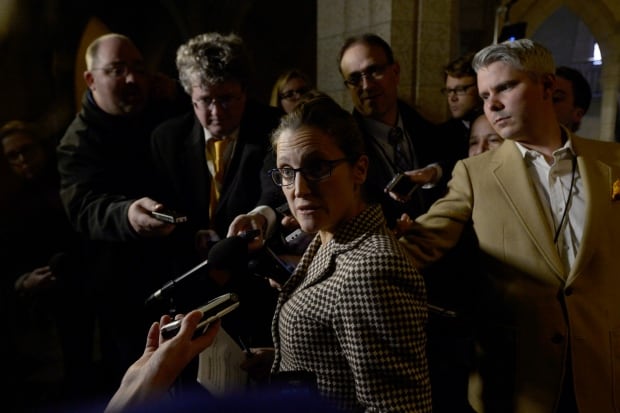 International Trade Minister Chrystia Freeland has been updating reporters all week, as Belgium inched closer to being able to approve its signature on the trade deal. (Adrian Wyld/Canadian Press)

Because CETA crosses into provincial jurisdictions (opening up municipal procurement, for example), provincial legislation needs to pass too.

Provinces negotiated CETA’s gives and takes alongside the federal negotiators. They’ve already signed off — no one expects any Wallonia-like standoffs.

Once both parliaments ratify, over 90 per cent of the deal can be provisionally applied.

That includes most of what affects Canadian businesses and jobs: market access provisions, tariff cuts (both immediate and phased-in), and government procurement rules.

Last summer, Europe decided that CETA would be considered a “mixed” agreement: to satisfy jurisdictional concerns, not only would the European Parliament vote, but all 28 member countries would have a say before the full agreement took effect.

Late Friday, the European Commission finally made public its decision on what parts of the deal will wait for the approval of individual jurisdictions. The list was shorter than some expected.

​Thursday’s declaration in Belgium had already confirmed the controversial investor court system will not take hold until every member state — and regional government with trade jurisdiction, like Wallonia — votes.

While this was an important part of the compromise with Wallonia, Germany was pushing for this earlier in the year. 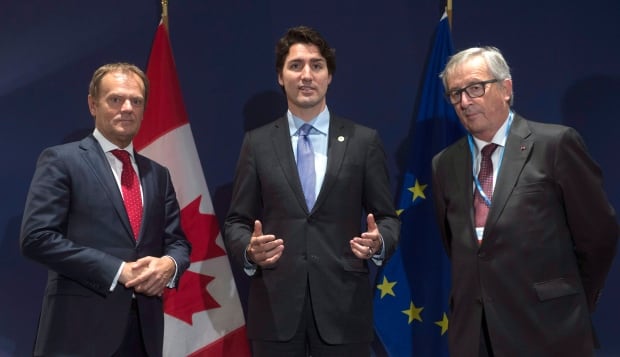 In addition to carving out the investment protection provisions, parts of the financial services chapter on portfolio investments will also wait.

David Kleimann, a researcher of EU trade law and policy at the European University Institute, said it was a surprise maritime transport services were not exempt, since they’re currently part of a legal fight. The EU has “significant commercial interests,” he wrote, that may have triggered this decision.

The EU also made what he called a “political decision” to have the sustainable development chapters take hold right away, even though they may touch on member state’s jurisdictions.

The recognition of foreign professional credentials, another jurisdictional grey area, will also be provisionally applied.

Canada said last July it will mirror Europe’s decisions on what comes into force, when.

Parts in limbo for years?

The next major arguments over the investor-state dispute settlement provisions of CETA will be held at the European Court of Justice. A ruling early next year on Singapore’s trade deal could start sorting out who has the right to decide what.

The European tendency to postpone votes when they aren’t likely to succeed means that final ratification votes could drag on for quite some time, simply waiting out opposing governments until others are elected.

Canada may work with the European Commission to refine its investor court proposal, as long as everything else moves forward.

It’s entirely possible that CETA will remain provisionally applied for years. It’s unclear that’s a problem, if most of what Canada cares about is in effect.

With signing imminent, Canadian businesses can prepare to either take advantage, or bolster against CETA’s effects. 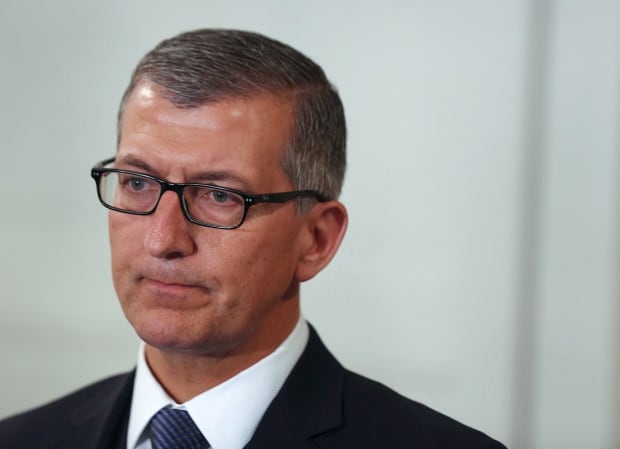 Newfoundland and Labrador Premier Paul Davis made his province’s support of CETA contingent on the federal government delivering a fishery fund. Local seafood processing requirements, which can protect jobs, run counter to the trade deal negotiated with the EU. (Paul Daly/Canadian Press)

There are lessons to be learned from how Canada got here.

Canada relied too much on the European Commission to explain the deal, at a time when the EU’s unity and credibility were both in doubt.

“People were skeptical of the European Commission saying this is a good deal, because obviously they were the ones negotiating it,” he said.

There’s pessimism across Europe, he said, and while Canada’s CETA envoy Pierre Pettigrew is a “seasoned guy,” he was appointed only after the crisis appeared.

CETA benefits more than just corporations, Allam said, but most Canadian businesses, farmers, workers, consultants, service providers and professionals who may be affected by the deal are unprepared.

“We haven’t fully leveraged our European connections,” he said.