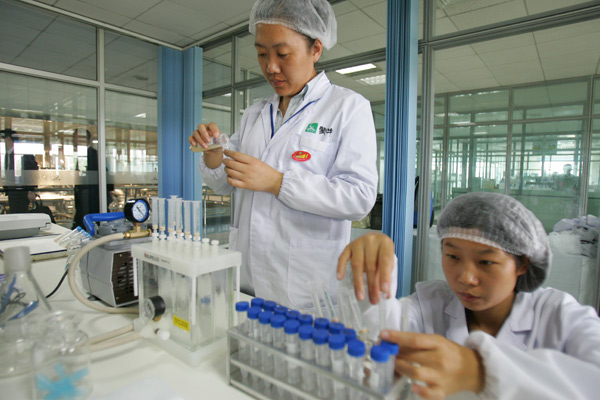 A workshop of Mengniu in Helin, the Inner Mongolia autonomous region. (Photo provided to China Daily)

China Mengniu Dairy Co Ltd, one of the country’s biggest dairy producers by revenue, plans to launch more products to suit local preferences in Canada and Indonesia this year, its top executive said.

Such business expansion opportunities are arising from China’s growing trade with countries and regions participating in the Belt and Road Initiative over the past four years, especially in fast-growing markets such as India and Southeast Asia.

The Belt and Road Initiative, comprising the Silk Road Economic Belt and the 21st Century Maritime Silk Road, aims to build a trade and infrastructure network connecting Asia with Europe and Africa along ancient trade routes.

Mengniu, which is based in the Inner Mongolia autonomous region, will continue to invest in traditional dairy production bases such as New Zealand and Australia, as well as in the United States and European countries to produce quality dairy resources.

Jeffrey Lu, chief executive officer of Mengniu, said the company has also started to adjust its strategies in China. It is building three digitally enabled plants for long-term growth and to serve as manufacturing bases for exports to countries in Asia.

In line with China’s industrial and consumption upgrading boom on the back of the Made in China 2025 initiative, Mengniu invested in a digitally enabled plant in Jinhua of East China’s Zhejiang province. The aim is to ship more dairy products to Southeast Asian markets through the 21st Century Maritime Silk Road.

Last year, Mengniu signed a cooperation agreement with the Tibet autonomous region for joint efforts to build a modern pasture and a dairy factory. The partnership is expected to boost Mengniu’s revenue.

The company plans to take advantage of Tibet’s unique environment and resources to create pure and healthy dairy products to serve local consumers and also cover South Asian markets such as Nepal and India.

Some 1,500 cows have been raised in the pasture to date. The plan is to set up a production facility with annual capacity of 50,000 metric tons after the first-phase factory is completed in its neighborhood.

“Encouraging dairy consumption is a reflection of economic success in many markets related to the Belt and Road Initiative. The types of foods people eat now include health food and convenient food,” said Lu.

“I think it’s a combination of quality and innovation that is linked to growth and demand. Those two factors came together to create a big market,” said Lu. “The biggest opportunity for us is the closer connection with consumers in the Belt and Road markets as well as in the home market.”

To date, Mengniu’s products have entered markets including Hong Kong, Macao, Mongolia, Singapore and Myanmar. Its portfolio ranges from regular-temperature products to low-temperature and frozen products.

It has also formed partnerships with suppliers in Canada and Indonesia this year. 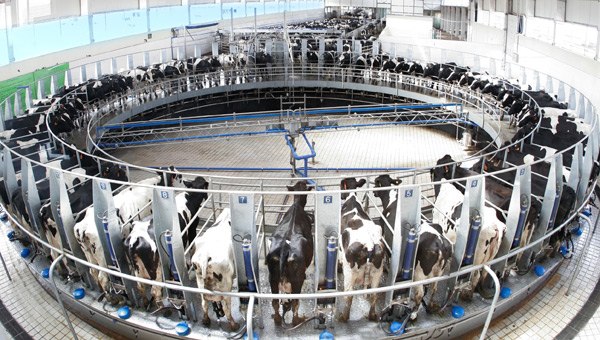 “Going overseas always brings challenges, particularly from a cultural perspective. Running a business in less familiar economies requires us to know the local culture, work with the locals, gain a thorough understanding of the legal environment, regulations and laws,” said Lu.

“We developed new products to meet the preferences of local consumers in Hong Kong, Macao and Indonesia. In New Zealand, 80 percent of our staff are locals,” he said. “After we acquired a large company in Australia in 2016, we retained 95 percent of their local employees.”

Mengniu is also the largest shareholder of Anhui-based Modern Farming, showing the domestic dairy giant’s shift to pasteurized milk and other low-temperature dairy products to get ahead of its international rivals.

Modern Farming is the country’s leading farm company, with the largest number of cattle. It is also a leading provider of raw milk. The company operates 27 farms with over 220,000 cows. This move will allow Modern Farming to produce pasteurized milk, yogurt and pure milk.

To ensure product safety, Mengniu has been working with Germany’s Siemens AG to build an internet-based system that is able to generate over 400,000 pieces of qualitative data a day.

Li Gang, vice-president of the Chinese Academy of International Trade and Economic Cooperation in Beijing, said: “Learning from experience in overseas markets and gaining advanced industrial technology will help Chinese dairy producers secure market share and further compete with foreign companies. So, they should keep diversifying their distribution channels and product portfolios in global markets.”