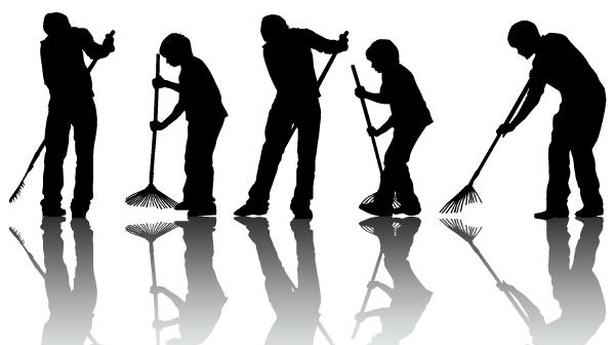 Every so many days, Prime Minister Narendra Modi reminds us about Swachh Bharat Abhiyan. To this end, he has often communicated the (unaudited) achievements of his government and the urgency of the issue. Last week, on the 100th anniversary of the Champaran Satyagraha, Mr. Modi argued that there was now a need for a ‘swachhagraha’, by which he presumably meant a commitment to cleanliness as a way of being. Much as ‘truth’ in satyagraha is not reducible to a simple act of fact-verification but is an outcome of private strivings, ‘cleanliness’ in any idea of ‘swachhagraha’ is arguably not an one-off activity. Civic cleanliness becomes an emergent characteristic that a society arrives at by internalising a set of actions, duties, and processes till the collective memory of the nation can imagine things in no other way.

For Mahatma Gandhi, the idea of radical truth-telling was a totalising pre-condition to political life. Arguably, in Mr. Modi’s political vocabulary, cleanliness occupies a similar analytical and emotional perch. It is a private action, a public policy, and an intellectual framework that allows him to draw out causal relationships between India’s ills — from lack of toilets for women to river pollution — and India’s future. His thesis is that if we can get cleanliness right, much else will follow. A nation, per this view, can’t be modern and powerful unless it is clean.

This isn’t a new idea. In the 1960s, the former Prime Minister of Singapore, Lee Kuan Yew, took to the streets with a broom to spur the citizens into action. In France, a national zeal for epurations or purifications, including washing away the moral pollution of some who collaborated with the Nazis, took hold after the Second World War. Brothels were shut, soap and detergents entered homes, newly founded women’s magazines now exalted clean underwear as much as patriotism. Cleanliness moved from being a moral virtue to a functional attribute of being modern. An elaborate infrastructure of cleanliness, physical and cultural, was produced thanks to what Roland Barthes describes as “a great hunger for cleanliness”.

However, in Modi’s India, unlike de Gaulle’s France, there is no public spur like the Second World War to galvanise an entire country into action. Nor is India a micro state like Lee Kuan Yew’s Singapore with the abilities to enforce a penalty-based regime. Instead, among India’s great challenges is translating an inchoate recognition that civic cleanliness matters into a programme of collective action. Any and all change can only come if there is a citizens’ movement.

To this end, Mr. Modi seems to have reposed his faith in celebrities to awaken popular consciousness and a top-down state machinery to fulfil targets. Yet, there is pessimism borne out of the recognition that most government projects that rely on repetition of non-technical actions as a critical component for its success are biased towards failure. This may be because of a careerist bureaucracy that lives off perpetually run sanitation projects, misdiagnosis of the problem (building toilets doesn’t translate to usage), historical neglect (sanitation never figured meaningfully in priorities until the Sixth Five Year Plan), anaemic adoption (1% annual growth in sanitation during the 1990s!), shifting targets of government programmes (schools, households, communities, or Panchayati Raj institutions), failing to think of accountability in terms of end-user behaviour, the gargantuan scale of industrial polluters who are also party loyalists… the reasons are too many. Even despite the claimed success of the Nirmal Gram Puraskar programme, or the number of toilets ostensibly built under Swachh Bharat Abhiyan, it is not hard to think that in absence of an independent audit, such numbers are putty in the hands of bureaucrats.

To make his case stronger, Mr. Modi has also set aside his complicated ideological relationship and even co-opted the greatest performance artist of political symbolism: Mahatma Gandhi. But the art and artifice of Gandhi’s life escapes easy mimicry or glib reductions. Actions that became an inseparable part of Gandhi’s being, like spinning a charkha, became the physical manifestation of his personal opposition to the British Empire and his idea of living truth. This much-emulated ‘small’ act of resistance was eventually imbued with private meanings by millions who granted his call to action an imaginative potency. Every time Mr. Modi picks up a broom to highlight the importance of cleanliness and to subvert prejudices about those who clean our houses, toilets, and public spaces, he too seeks to extract royalties from the power of symbolism.

Notwithstanding the easy charge of tokenism, what hobbles Mr. Modi’s efforts, however, is his addiction to make a spectacle out of his ostensible selflessness. Rarely does he seem to wonder how any celebrity who cleans a street corner for an hour can transform public theatre into something meaningful. If Gandhi’s life has any lesson, it is that symbolism can only be transformative if it is sustained. Until the day comes when Mr. Modi’s, or any celebrity’s, picking up a broom becomes commonplace, an event sans media significance, we’ll continue to mistake symbolism for service. The revolution from below that Mr. Modi rightly seeks to inspire with borrowed neologisms like swachhagraha will die under the frenzy of retweets and ‘likes’, while India will remain wedded to yet another government-sponsored, subsidy-driven, supply-determined sanitation project.