More foreigners are needed to build the economic ‘railroad’ 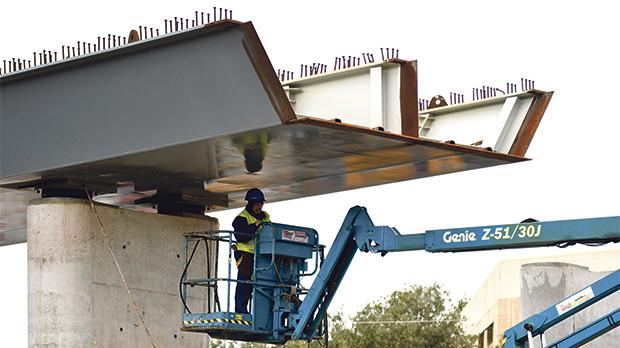 More than 20,000 foreign workers have come to the island over the past few years but even more are needed to “build the railroad” and keep the economy running.

Clyde Caruana, who heads the State employment agency JobsPlus, is drafting proposals on Malta’s labour force requirements and says there is no doubt thousands more are needed to meet the demand from employers.

He told The Sunday Times of Malta that if this was not done the economy would “seize up”.

“We have maximised the potential of the Maltese labour force with a number of measures. And over the past few years we attracted thousands of foreigners to augment local workers too. Attracting them again, and in larger numbers, is a top priority now,” the economist said.

Mr Caruana added that what had once been a sense of frustration among employers seeking enough workers had now become desperation.

“I can’t stress enough how important bringing in these workers is for our economy,” he said.

And, the economy, Mr Caruana said, is growing.

Over the past four years the country’s average economic growth was measured at around 6.4 per cent – far outstripping the EU average.

Just last year Malta had registered a net increase of 10,500 jobs over the previous year, a trend that shows no signs of abating.

“Right now it has dipped slightly after the election, which is normal. But once the government starts to implement the electoral manifesto – basically kick-starting large infrastructural projects – things will change fast,” he said.

The government has pledged a €700 million seven-year plan to redo all of the island’s road network. It has also planned to revamp several hospitals, and with a number of major high-rise and luxury construction projects earmarked for the next few years, Malta has a desperate need for workers.

READ: Which country contributes the most workers to Malta’s economy?

Attracting them again, and in larger numbers, is a top priority now

Where are they going to come from? Mr Caruana believes one solution could be to import unemployed Europeans to meet the economy’s requirements.

He is expected to propose to Cabinet that bilateral agreements could be reached with countries where unemployment is high, for their jobless to work in Malta.

“This is something we are going to have to consider. It has worked in other countries that needed far more labour than their labour force could supply.”

The government would also be looking at how countries with a “high dependency on human capital”, such as Singapore, solved their problems.

The private sector, Mr Caruana said, would not be able to attract these numbers of labourers alone, so the government would have to step in.

And to those questioning how such a small island could support all these foreign workers, Mr Caruana has some reassuring figures.

According to employment statistics compiled by his agency, the vast majority of foreign workers who entered in recent years had left the country relatively quickly.

In fact, less than a tenth of the thousands of foreign workers who arrived in Malta up to 2010 remain on the island today.

“This suits our purposes perfectly. They might have a contract that ends, they might not want to stay in Malta – it might not be for them, they might get a new contract elsewhere, who knows,” he said.

Ultimately, however, these foreign workers came to the island, filled a gap, paid taxes, “mostly”, but had not become a burden on the island’s welfare system.

“The majority do not stay here long enough to accumulate any kind of pension rights, they don’t really become a burden on the State. They are here to work,” he said.