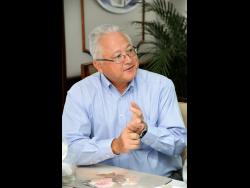 There is an initiative to increase the number of judges available to serve in parish courts.

“In the short term, we want to employ at least another 15 or 20 judges permanently or on a part-time basis to deal with the backlog in the parish courts,” said Minister of Justice Delroy Chuck. He was making his contribution to the 2016-17 Sectoral Debate in the House of Representatives last week. Minister Chuck noted that the parish courts are now overburdened with civil and criminal cases and “it is important that we attend to them urgently.

“This is where the average man gets his justice and we have to make sure more judges, prosecutors and clerks of court are available, so that these matters can be dealt with,” he said. Meanwhile, the justice minister is encouraging Jamaicans to utilise alternative means such as arbitration and restorative justice to deal with disputes. He noted that the Restorative Justice Bill will be brought before Parliament shortly.

“If we can get the offender to admit that he has committed the offence and the victim to forgive, then we can say use restorative justice to exercise mercy in the disposal of the matter,” he said. As it relates to arbitration, he disclosed that a bill is to be submitted to Cabinet before tabling in Parliament.

Chuck noted that many countries, including Singapore, have been making use of arbitration to settle commercial disputes.

“When big money is in conflict, many of the parties do not want to go to court; they want arbitrators to assist them in coming to a decision. Singapore is now becoming the top place for arbitration,” Chuck said. He said it is hoped that not only will Jamaica have a modern legislation but that the country will become an arbitration centre “for those big companies that have disputes and want it to be dealt with not in the courts, but by arbitrators”.