Container ships and dry bulk carriers have been sold for scrap with increased rate over the course of the last weeks of 2016. In its latest weekly report, the world’s leading cash buyer of ships, GMS, noted that “a busy last few weeks of the year (in terms of container and dry bulk sales) leads the industry into a comparatively quieter Christmas/New Year period. As we head into 2017, the recent ongoing rally on rates has given much cause for optimism and there is certainly hope that this can sustain/stabilize for a majority of the next year, rather than be the rollercoaster that the highly unstable 2016 has proven itself to be”, said GMS.

According to the report, “the one disappointment for dry bulk owners may be that the momentum generated in the early part of the year did not persist as the resurgence of charter rates has seen many units plough their trade for extended periods and some scrap eligible candidates were even passed through dry dock. Containers have seen a record number head to the beaches this year and remain the most beleaguered sector of the lot. Over 150 panamax and smaller sized container vessels have been sold for recycling, in an astonishing and hitherto unrivalled year in terms of volumes, particularly from the highly active German market. We have even witnessed as young as 2008 and even 2009 built units that have been binned in the biggest and most historical of clear outs witnessed in this sector to date. And this is expected to continue well into 2017 as reverberations from the Hanjin bankruptcy continue to echo around the world. Steel prices and currencies across the industry remain perched on the positive side as we head into 2017 with renewed optimism and vigor after a hectic, spiraling, unpredictable and extremely volatile last few years for the international ship recycling community”, said GMS in its report. 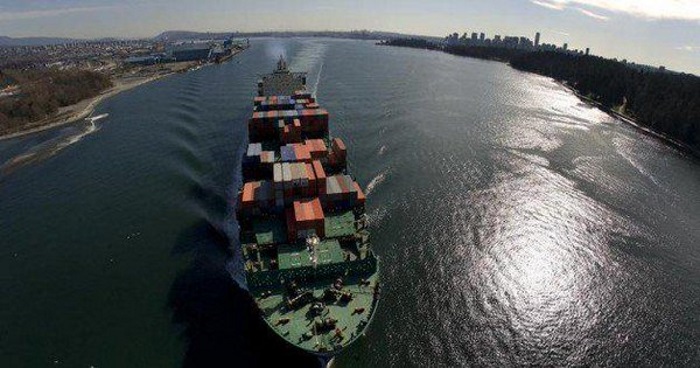 In the Indian market, GMS noted that “following a turbulent last month in the wake of President Modi’s announcement on the crackdown of black market money, a bumper last few weeks of sales seems to have signified an Indian market back on its feet once again. All Rs. 500 and Rs 1,000 notes had to be banked before November 30th, in what has been one of the largest banking operations seen in the country. Lengthy queues formed outside banks and there was an acute cash crisis as the country struggled to adapt in the early weeks of the process. However, a few weeks after the deadline, a degree of stability has emerged in the country and the Indian Rupee has gained good ground, trading in the mid Rs. 67s against the U.S. Dollar for another week. With demand once again starting to emerge on the back of improving local steel plate prices, it could certainly be a bullish start to 2017 once owners return from their festive holidays and containers will likely be the flavor of the year again. Expect much of the larger LDT capesize bulkers to head to Pakistan and Bangladesh shores, with India likely to take in containers, smaller LDT specialist units and those rich in non-ferrous. For the weeks fixtures, German controlled HANSA CASTELLA (6,897 LDT) was committed for a firm USD 308.50/LT LDT basis “as is” Singapore with minimum bunkers included in the sale. Although she could be a potential Bangladesh candidate as well, given that Bangladeshi end buyers have been leaning towards large LDT bulkers of late, she will likely end up in India. Additionally, RoRo TYCHY (7,535 LDT) was committed for a firm USD 320/LT LDT with a Pakistan option tied into it”, concluded GMS.

In a separate report this week, Allied Shipbroking noted that “demolition activity has proved to be more modest in terms of activity compared to what we had been expecting and compared to the trend we had seen during the same period last year. Prices at the same time have managed to hold fairly well for now, partly thanks to the decreased number of demo candidates entering the market but also thanks to the firm demand for scrap steel as well as continued appetite from end buyers. 2017 is expected to be a fairly busy year in terms of demolition activity, especially given the number of new regulations that are due to come into force and likely to send a lot of older tonnage to head for decommissioning rather then face the high cost of compliance”.

Similarly, Athenian Shipbrokers said that “with the current year coming to a close the demolition markets remained more or less steady, with few units reported as sold in the sub-continent as available candidates dwindled due to the holidays. The stability that has apparently returned to the sub-continent after the monetary crisis in India and the accident that kept Pakistani yards closed during the last few weeks appeared to hold, and everyone wishes that the new year will signal a return to form. In China, local breakers maintained the improved rates of late, providing an alternative to the sub-continent for favourably positioned tonnage”.
Nikos Roussanoglou, Hellenic Shipping News Worldwide