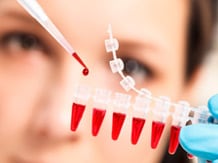 Pharmaceutical company Morepen Laboratories plans to expand its services in the pathology segment in the coming months. Dr Morepen Now, a wholly owned subsidiary of Morepen Laboratories has already begun its foray in the pathology and healthcare segment in Delhi, wants to take the service into other parts of the country, making it a pan-India offering.

In a conversation with Business Standard, CEO of Dr Morepen Now Varun Suri said the company intended to open around 200 stores across the country, some as franchises and others owned by Morepen Laboratories. The company is yet to finalise a model for letting people open franchises.

Dr Morepen Now is also entering into a strategic partnership with Singapore-based Renew group to expand its centres few years from now.

Suri said the investment would be around Rs 1.5 crore per store. To begin with, metro and tier 1 cities will be a priority, after which tier II cities will be targeted.

The first store in Delhi’s Hauz Khas will be a prototype for other stores. “Dr Morepen Now is the pioneer in bringing the nitric-oxide test to India “, said Suri. Nitric-oxide test is used to assess whether one is prone to heart-diseases or not.

When asked how different Dr Morepen Now is from other labs and healthcare outlets, Suri said theirs’ is a no-surgery approach. Dr Morepen Now’s belief is that a person’s well-being can be determined by the shape in which his heart is, which is why all tests here are done beginning with the heart, according to Suri.

Dr Morepen Now plans to focus only on therapy keeping its pathological segment at a bare-minimum. At present, its pathology segment is around 5% of the whole outlet.