Myanmar insists no North Korea links as US envoy visits 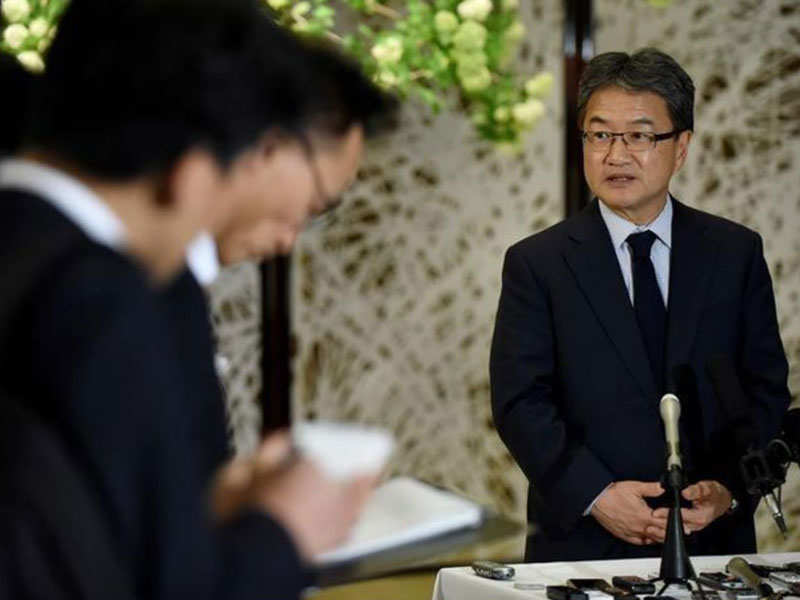 YANGON: Myanmar has no military ties with North Korea, a Myanmar official said on Monday, as a US diplomat responsible for North Korea arrived for talks in which he is likely to seek assurances on efforts to isolate it.

Ambassador Joseph Yun was set to meet Myanmar’s State Counsellor Aung San Suu Kyi and the military’s commander in chief in the capital, Naypyitaw, on Monday, according to the U.S. Embassy in Yangon.

Yun attended a conference in Singapore over the weekend focusing on tension on the Korean peninsula over the North’s unrelenting nuclear and missile programmes.

Ambassador Joseph Yun’s trip to Asia was announced after North Korea’s test on July 4 of on intercontinental ballistic missile that it says can carry a large nuclear warhead and some experts believe has the range to reach Alaska.

Myanmar is the only other stop on his trip, pointing to concern in Washington that Myanmar’s army, which used to have ties with North Korea, continues to give succour to Kim Jong Il’s regime.

The United States did not inform Myanmar what Yun would discuss, said Kyaw Zeya, permanent secretary at Myanmar’s Ministry of Foreign Affairs.

“They are not very specific from the very beginning but we understand he is the special envoy on North Korea,” Kyaw Zeya told Reuters.

Myanmar was complying with UN resolutions on North Korea, he said.

The United States in May asked Southeast Asian countries to do more to isolate North Korea, and efforts have increased after its July 4 ballistic missile test.

Myanmar’s former ruling junta, which, like North Korea, was also widely shunned by the outside world over its suppression of human rights, was known to have ties to North Korea, which included sending missile experts and material for arms production to Myanmar.

Myanmar insists that arms deals and other military relations with North Korea stopped before its transition to a nominally civilian government in 2011.

Nobel laureate Suu Kyi took power last year amid a transition from full military rule. But the military could still have “a few residual pockets” with links to North Korea, the then top U.S. diplomat for East Asia, Daniel Russel, told a congressional hearing in September.

In March, the US Treasury levelled new sanctions against the Myanmar army’s procurement body, the Directorate of Defence Industries (DDI), under the Iran, North Korea, and Syria Nonproliferation Act Sanctions.

The DDI was previously sanctioned in 2012 and accused of materially assisting North Korea’s regime, but had fallen off the sanctions list in October after the Obama administration dropped most measures against Myanmar in recognition of a successful political transition.

A 2008 constitution drafted by then-ruling generals keeps the army central to politics.

In May 2014, experts analysing satellite imagery of military facilities in central Myanmar identified a site where North Korea was helping Myanmar with production of surface-to-air missiles.

The paper by Catherine Dill and Jeffrey Lewis of the James Martin Center for Nonproliferation Studies in Monterey, California, said the site near the town of Minbu was staffed by up to 300 North Koreans.