Neither Ram nor Rahim: Five notorious cults around the world 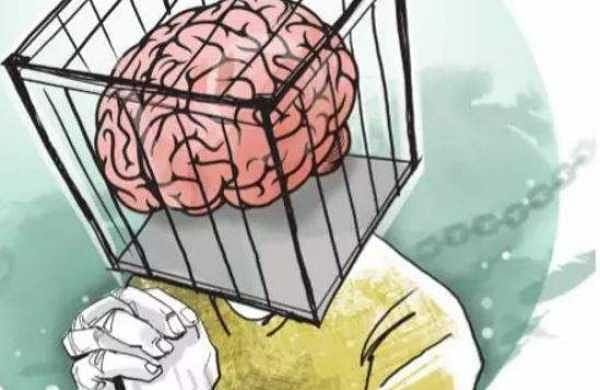 The violent rampage unleashed by Dera Sacha Sauda followers in Haryana, following the August 25 conviction of their chief Gurmeet Ram Rahim Singh Insan for raping two women, is not the first time the world has seen a cult leader with millions under his sway.

History has witnessed several notorious cult leaders who brainwashed and abused vulnerable people and even got many of their followers to commit horrific crimes. Here are some of them.

The infamous mass murderer and wannabe rockstar, Charles Milles Manson, is the first on this list, due to the vast number of heinous crimes he is believed to have committed, along with his followers.

He was born in 1934 to a 16-year-old unwed mother, and spent most of his early life either in prison or correctional institutions, for committing petty thefts and running a prostitution racket. From an apartment he shared with one of his girlfriends, he started what he called the ‘Manson Family’ in 1960s California, where he invited more members to join, largely females. They were mostly young impressionable women who had left their homes in a rebellious manner, symbolic of the counterculture movement then. He presented himself as Christ and his followers, the reincarnations of the original Christians. This was just one of his several crazy, radical ideas.

His doomsday beliefs (titled ‘Helter Skelter’, from a Beatles song) allegedly led his followers to go on a murdering spree, which they believed would start an inevitable apocalyptic, racial war between whites and blacks. They committed a series of nine murders at four locations in July and August 1969, all at Manson’s bidding. The victims were found dead next to walls on which ‘pig’ or ‘helter skelter’ would be written in their own blood.

In 1971, he was found guilty of first-degree murder and conspiracy to commit murder for the deaths of seven people, particularly Hollywood actress Sharon Tate, wife of director Roman Polanski, who was eight months pregnant at the time. He also received first-degree murder convictions for two other deaths.

He is currently serving multiple life sentences at California State Prison in Corcoran, under the joint-responsibility rule as he orchestrated but never committed any of the murders himself. The “family members” all received death sentences initially, which was abolished in California in 1972, and are now serving their lifetimes in prison like their leader. His personality, crimes, songs (which attained commercial success after his conviction), the books, films and TV series he inspired, elevated him to cult status around the world.

Trivia: “You know, a long time ago being crazy meant something. Nowadays everybody’s crazy.”

― Charles Manson’s quote from ‘Manson in His Own Words: The Shocking Confessions of ‘The Most Dangerous Man Alive’, Nuel Emmons’ biography of Manson.

Dissatisfied with Japanese Buddhism, Asahara took Tibetan and Theravada Buddhist teachings and attempted to create a neo-Buddhism. He taught yoga, meditation and more to assist the followers’ growth toward enlightenment. Asahara spoke at universities and wrote books. At its peak, he had tens of thousands of members worldwide. Many of his followers in Japan were students at elite universities, lured by the group’s promise of a more meaningful life. But the group gradually turned into a paranoid doomsday cult, convinced that the world was about to end in World War Three and that only they would survive.

Decades later, the group is still notorious for carrying out the Tokyo subway attack of 1995, in which 13 people died and thousands more were injured following the release of the deadly sarin nerve gas into the city’s subway system. On March 20, 1995, during rush hour, top cult members punctured bags filled with a liquid form of the nerve agent sarin, using sharpened umbrellas, on train lines that went through Tokyo’s political district.The attack killed 13 people and injured thousands.

Aum Shinrikyo was also found to have been responsible for another smaller sarin attack the previous year, and many more small attacks in the months after the 1995 hit on the Tokyo Subway.

The group never confessed. Those who carried out attacks did so secretly, without being known to ordinary believers.

Aum Shinrikyo, which split into Aleph and Hikari no Wa in 2007, headed by Aum’s former spokesman and Asahara’s successor Fumihiro Joyu, after going underground for a few years after the Tokyo subway attack, has been formally designated as a terrorist organisation by several countries, including Russia, Canada and the United States. Scores of Aum members have faced trials over the attack – 13 were sentenced to death, including Asahara, who remains on death row.

The group had operations in the former Soviet states during the upheaval following the collapse of the USSR. On September 20, 2016, the Russian government banned Aum Shinrikyo from the country, declaring it a terrorist organisation.

Trivia: Asahara was born with infantile glaucoma, losing vision in his left eye and going partially blind in his right eye at a young age. He was thus enrolled in a school for the blind and studied acupuncture and traditional Chinese medicine, common careers for the blind in Japan. In 2015, two of his daughters apologised to victims of the sarin gas attacks.

Jim Jones, who founded the People’s Temple (first called as Wings of Deliverance) in the 1950s was a charismatic religious leader. Numerous people followed his sermons and several churches were built in the name of the cult. Recognised for his work with the homeless, he also served as director of Indianapolis’s Human Rights Commission in the early 1960s. Jones moved his church to northern California in 1965, first settling near Ukiah and then to San Francisco in 197, over alleged fears of a nuclear war.

His radical preaching became a matter of concern as well as increasing accusations of misusing funds for personal use. The ‘People’s Temple’ fled to Guyana where they established a utopic, agricultural community called Jonestown in 1977. Jones, who had begun calling himself ‘the Prophet’, confiscated passports and millions of dollars of his followers and manipulated them with blackmail, beatings, and death threats. He also staged bizarre rehearsals for a ritual mass suicide.

Concerned family members of Jim Jones’ followers (who had all been excommunicated by their families) sought an investigation and Congressman Leo Ryan took up the task. But Ryan was murdered by Jones’ personal guard, following which Jones persuaded his followers to commit suicide. Hundreds of men, women and children drank fruit punch mixed with cyanide. More than 900 people lay strewn about the ruins of Jonestown, including 276 children. Guyanese troops reached Jonestown the next day, and the death toll of cultists was eventually placed at 913 (including 276 children).

Trivia: Teri Buford O’Shea, one of Jones’ followers who managed to escape before the mass suicides, recollected in ‘Drinking the Kool-Aid: A Survivor Remembers’ for the Atlantic, “Jones was a very complex, confusing character. In some ways, he was a good guy. He was passionate about interracial integration. The People’s Temple built schools, built housing, built a health clinic, built a kitchen, cleared fields, harvested crops. His goal was to set up this utopian community where everything would be fair and equal. At the same time, he was very paranoid. He could not accept the fact that one person would leave him, ever. He had us all sign papers — Jim called them compromises.”

Prem Kumar or Premananda ‘Swamy’ to his devotees, was a godman who fled from Sri Lanka during the civil war in 1984 to Tiruchirapalli in Tamil Nadu. He founded the Premananda ashram there (he later moved it to Fatimanagar in Pune) with the young women and orphans he brought with him from Sri Lanka. He would later open many branches around the world.

The truth about his ashram came to light in 1994, when one of the girls living in the ashram, Arul Jyothi, escaped and reported that she had been raped and was pregnant.

On 20 August 1997, Premananda was sentenced to life imprisonment and fined Rs 67.3 lakhs for 13 counts of rape, molestations of two girls and a murder. He was also convicted of cheating the residents of his ashram, which carried another one-year sentence. Six others from the Premananda ashram were also found guilty of conspiracy to commit rapes and destroying evidence. Five were given life sentences.

In view of the severity of the crimes, the judge denied them any future remission of their sentences or amnesty by any state or central government. Some of the evidence presented included Arul Jyothi and her aborted foetus (alleged to have been aborted on Premananda’s orders) and the murder victim’s remains found buried on the ashram’s premises.

Premananda, who died on 21 February 2011 of acute liver failure, while being held in Cuddalore Central Prison, maintained throughout that he was innocent. A quick Google search will reveal a number of Justice for Premananda Swamy websites, run by his followers.

Trivia: Well-known criminal lawyer Ram Jethmalani (who represented the guru) had claimed that the man could materialise vibhuti (holy ash) from thin air and regurgitate small Shiva lingams. An illusionist was invited into the courtroom who performed both ‘miracles’, thereby debunking them. It was also found during the trial that the victims, who were mostly underage women, were raped or abused deceitfully, under the pretext of ‘service’ or as a ‘cure’ for ailments like asthma.

Self-professed Maoist leader Aravindan Balakrishnan or “Comrade Bala” ran a women-only collective from Lamberth, South London. Balakrishnan sexually abused the women for years (not including his wife), often physically beating them and making others watch as he did so.

He used to threaten the women with psychological terror, often warning them of an electronic satellite warfare machine he called Jackie, which he claimed would strike them dead if they ever disobeyed him.

Balakrishnan was born in Kerala, India and migrated to Singapore, in the then Malaya, where his father was a soldier when he was 10.His Singaporean citizenship – which he gained in 1960 – was revoked due to his leadership of the Workers’ Institute of Marxism–Leninism–Mao Zedong Thought. The authorities claimed that Balakrishnan and others, many of them former Singaporean students he had associated with in London, were plotting to overthrow Singapore’s leader, Lee Kuan Yew.

He emigrated to the UK in 1963 on a British Council scholarship to study at the London School of Economics and married his Tanzanian wife Chandra Pattni in 1971.

On 4 December 2015, Balakrishnan, who was then 73 years old, was convicted of child cruelty, false imprisonment, four counts of rape, six counts of indecent assault and two counts of assault. On 29 January 2016, Balakrishnan was jailed for 23 years in the United Kingdom.

Trivia: Katy Morgan-Davies (originally named Prem Maopinduzi Davies), Balakrishnan’s daughter, managed to escape the cult in 2013 following 30 years of captivity, after memorising the number for an anti-slavery charity she saw on the news. She was told she was an orphan and later when she was a teenager, she learned that her mother was Sian Davies or Comrade Sian, a follower of Balakrishnan. Sian fell from the bathroom window at the cult’s base in 1996 and died several months later in hospital. Morgan-Davies, who waived her right to anonymity, said that on a fatal night, she heard screaming and shouting and saw her mother lying in a pool of blood below the bathroom window pleading with Balakrishnan to “kill me”.