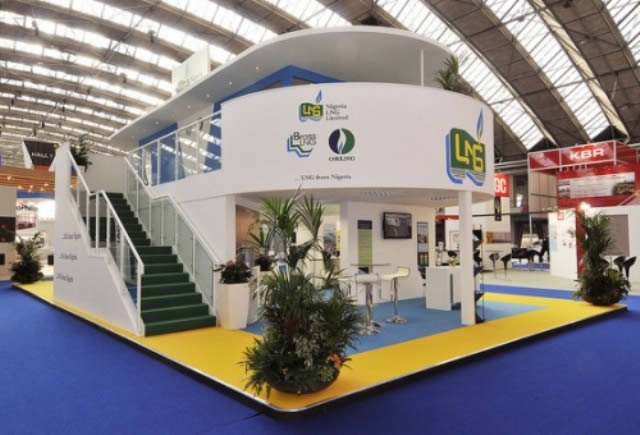 A draft gas policy has predicted that Nigeria’s Liquefied Petroleum Gas will struggle to be competitive in the future, ’FEMI ASU writes

A new draft gas policy produced by the Ministry of Petroleum Resources has given an indication that the nation may struggle to find gas buyers following huge streams of Liquefied Natural Gas coming into the global market in the next few years.

The document said, “Nigeria is experiencing a full-blown energy crisis in spite of its abundant gas resources. A new gas policy that is more effective and adjusted for the much harsher international gas business environment is required to drive the institutional reforms and regulatory changes necessary to attract investment into the sector.

With proven gas reserves of 188 trillion cubic feet, the ninth largest gas reserves in the world, Nigeria has more gas reserves than oil, according to the draft policy.

It said for about 10 years until around 2014, Nigeria was exposed to a very benign international environment, with high gas prices, strong global demand for gas and the LNG, and large flows of investment looking for opportunities in emerging markets for gas-based industrialisation (such as petrochemicals, methanol, fertilisers).

It said, “Those benign times have now passed and the international business environment is now much tougher. International gas prices have fallen, and huge new volumes of gas and the LNG supplies are coming on stream globally against reduced forecasts of market demand growth.

“Nigeria will struggle to compete with the large gas supply volumes about to enter the East Asian markets. North America is closed as a gas importer. European gas demand is depressed and may remain so in the future as the continent increasingly turns to renewable energy. South American gas markets are growing but are relatively small and the LNG supplies are currently dominated by Trinidad and Tobago.”

The document noted that global investment flows had moved away from emerging markets and back to developed economies, adding, “Even within Africa, Nigeria is competing for investment with Southern and Eastern Africa. Nigeria now needs to work hard to survive in the constrained economic environment the country now finds itself in.”

It said Asia Pacific was the major market for Nigeria LNG in 2015, but with two major current exporters (Qatar and Australia) and the huge new volumes about to supply the same region, Nigerian LNG would probably struggle for market penetration in the future.

The draft policy said, “Nigeria is naturally an Atlantic basin supplier. There certainly have been and will continue to be Nigerian LNG deliveries to Pacific basin markets but they are unlikely to be major markets for Nigeria, as there are actual and potential major LNG producers geographically closer to East Asian markets (including Qatar, Abu Dhabi, Tanzania, Mozambique, Indonesia, Malaysia and Australia).

According to the document, seven projects, totalling 57.6 metric tonnes per annum, are under construction.

“These volumes of the LNG are more than twice the total volume of Nigeria’s LNG export or liquefaction capacity. They are expected to enter the Asia pacific market, which Australia is much nearer to than Nigeria and which currently takes all of Australia’s LNG exports.”

In Africa, the policy said Mozambique had emerged as the second largest gas reserves holder in Africa, following offshore discoveries made since 2009, adding that it was aggressively developing plans to commercialise its gas resource.

“Development of four LNG trains is ongoing with future plans for up to 10 trains. Again, this supply source will be strong competition to Nigerian LNG for Asian markets. Tanzania has also made some considerable offshore gas discoveries, with contingent resources estimated at 29 tcf and possible resources up to 50 tcf.”

According to the policy, there are existing LNG and pipeline gas exports from Malaysia and Indonesia, which are cutting down on their gas export obligations as a result of attempts to meet domestic energy demand.

It said, “With such huge streams of the LNG and pipeline gas coming into the market over the next few years to the Asian region, the oversupply will continue to bring pressures on the LNG and gas prices, and suppliers will have to settle for buyers’ conditions in changing contract agreements (with probably a continuing move towards ever shorter contract terms).

“In addition, a buyers’ cartel may build up among Asian LNG buyers, further complicated by the emergence of Singapore as an LNG hub. Because of its distance from the market, Nigerian LNG will struggle to be competitive in Asian LNG markets in the future.

“Nigerian LNG markets realistically lie in the Atlantic basin to North America, South America and Europe. All of these, however, present challenges to Nigeria.”

The draft policy noted that since the shale gas revolution, North America “is no longer a market for the LNG” as it had become self-sufficient in gas and an LNG exporter.

It, however, said South America, which had growing gas markets, could be a market for Nigerian LNG, particularly Brazil and Argentina.

“Nigeria would have to play catch-up to be able to access those markets. While South American LNG markets are growing, they are still probably not large enough to be able to accommodate significant LNG supplies from both Nigeria and Trinidad & Tobago.”

According to the document, gas demand in Europe remains lower than forecast when the NLNG Trains 1-6 were inaugurated, and there are several factors supporting the view that European gas demand may stay low for the foreseeable future.

The ministry said the gas policy was based on a fundamental review of the policy positions of the government over the last 10 years in respect of Nigeria’s gas resources.

It said the previous policy positions emanated from the Gas Master Plan, which was designed to ensure the development of a full blown domestic market by 2015.

“However, with minimal investments made in the gas sector over the period, the plan has not delivered on all its set targets. For example, Nigeria still lacks critical gas infrastructure and continues to fall short of domestic gas supply obligations,” it added.

Meanwhile, the ministry has said the draft policy is already being distributed for public consultation up until November 14, 2016. A stakeholders’ workshop on the policy will be held by ministry in Abuja as a final step in the consultation process.

According to the ministry, the draft policy will thereafter be reviewed and further updated as deemed necessary prior to its submission to the Federal Executive Council for final approval and subsequent gazetting.