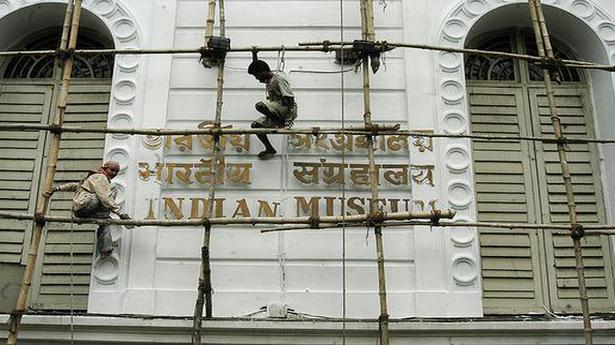 The museums around the country have caught the attention of the NITI Aayog for their cultural tourism potential, and the agency has suggested the creation of a national authority to oversee them.

“There is already an existing national expert committee on museums,” the Aayog has said in its draft Three Year Action Plan for the economy. “However, an overarching authority with a broader mandate is needed to sufficiently address the issues face by museums in a coordinated manner and should be created in three years.”

Currently, all museums in India are under the jurisdiction of different departments and Ministries across the Central and State governments. There is no overarching body for their management, funding, development and maintenance.

The travel and tourism sector is a major driver of growth and employment in India, and tax reforms will be “necessary” to reduce barriers to trade and tourism, the Aayog said. It has also pitched for development of five beach destinations.

“The government and private sector should develop five exclusive tourism zones around beaches. In developing these zones, we should draw upon examples that have successfully developed tourism around beaches such as Bali, Sentosa and Antalya,” the Aayog said.

Globally, beach holidays have grown by 18% over the last five years and remain an important segment accounting for 28% of all holiday trips.

India should “consider placing tourism in the lower tax bracket of the GST to ensure competitiveness with foreign destinations,” it added.

The Aayog has recommended that India be promoted as a tourist destination in richer Asian countries such as China, Thailand, Malaysia, Singapore and South Korea, “where prospects of attracting tourists are excellent.”

With a large population and relatively high incomes, China has been identified as a significant source of tourists.

“Income levels in countries such as Indonesia, Sri Lanka, Bangladesh and Vietnam are also rising rapidly. India also shares cultural similarity with many of these countries with Malaysia, Singapore, Thailand, Indonesia, Sri Lanka and Bangladesh even having substantial populations of Indian origin. Therefore, targeted promotion in these countries using digital media including TV advertisements can have a high yield,” the Aayog plan said.