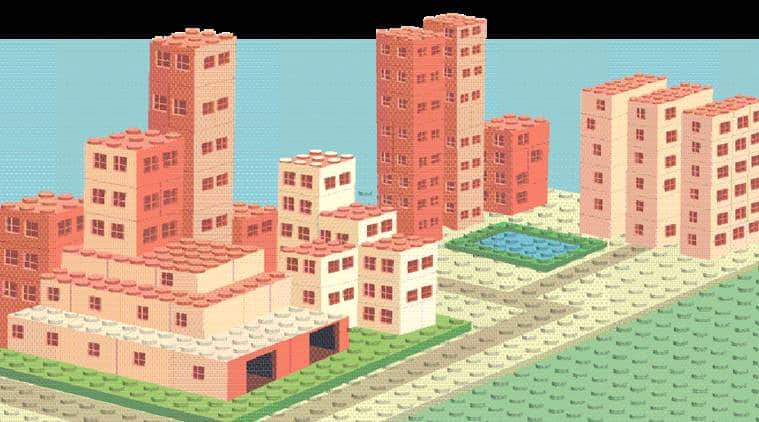 Amending rules related to acquisition, utilising surplus land of sick PSUs for affordable housing and relaxing FSI are some of the suggestions made by the govt think-tank to push development across the country

Amendment in the Land Acquisition Act, 2013, to support affordable housing, monetisation of surplus land with the government and state-owned companies, higher floor space index (FSI) in urban areas and relaxation in the rent control laws are among the series of proposals made by the Niti Aayog to push urbanisation across the country. Arguing that high compensation offered by the Land Acquisition Act makes affordable housing expensive, the government think-tank has strongly pitched for an amendment in the law.

“The Land Acquisition Act, 2013, fixes compensation for acquired land at rather high levels. In turn, this makes land acquired for affordable housing expensive and contributes to high costs. Short of amending the Land Acquisition Act, 2013, for the purpose of acquiring land for affordable housing, there is no simple solution to this source of high price of land,” the Aayog said in its final Three Year Action Agenda, 2017-18 to 2019-20, released last month.

The National Democratic Alliance (NDA) government had earlier tried to amend the land law to dilute norms relating to social impact assessment and consent of 70-80 per cent of the people to invigorate development across the country. However, facing opposition from many quarters, the government did not go ahead with the proposed changes. The Central government said that with land being a concurrent subject, the states can formulate their own laws to promote development. Subsequently, many states including Gujarat, Uttar Pradesh, Madhya Pradesh and Odisha have taken steps to free up regulations related to commercial use of land including leasing of land.

Among the other suggestions to promote urban development, the Aayog argued for relaxing the FSI, which is the ratio of a building’s total floor area (gross floor area) to the size of the piece of land upon which it is built. The think-tank said that a comparison of Mumbai and Shanghai best illustrates the deleterious effects of the restrictive FSI.

The stringency of land conversion rules has proved to be one significant constraint when it comes to the supply of urban land. “Vast tracts of land on the outer periphery of cities are potentially available for urban expansion. But this requires conversion of the tracts from agricultural to non-agricultural uses. For historical reasons, the power for such conversion has been vested in the state revenue departments, which are reluctant to allow the conversion. Shifting this power to agencies in charge of urbanisation and making conversion transparent and flexible would go a long way towards creating a vibrant land market in Indian cities,” it said.

Scarcity of horizontal space, according to the Aayog, can also be countered by expanding space vertically through the construction of taller buildings. “The availability of this avenue depends on the permitted floor space index (FSI) … Unfortunately, permitted FSI in Indian cities is extremely low, ranging from 1 to 1.5. Consequently, tall buildings are virtually absent from Indian cities. The topology of Mumbai closely matches that of Manhattan and Singapore but it has few tall buildings when compared to the latter cities. Available urban space can be expanded manifold by relaxing the permitted FSI,” the Aayog stated.

It also suggested sale of excess land with sick companies and the government. “Many sick public sector enterprises (PSEs) own large pieces of unused land in prime urban areas. Closure of these units can help bring substantial land on the market. The closure of a number of identified sick PSEs is already underway and should be expedited … (The) Central and state governments own substantial urban land that remain unused or subject to encroachment. For example, railway, defence and civil aviation ministries of the Central government own valuable unused urban land that they could monetise to finance infrastructure and other critical expenditures while also making the land available for housing and other uses,” it said.

The government is in discussions to monetise the land bank available with the Airports Authority of India in key cities. Similarly, the railways land is also being put to commercial and residential use. The Aayog also recommended changes to the tenancy laws to promote rental housing.

“There is clearly need for replacing the current rent control laws by a modern tenancy law, which would give full freedom to tenant and owner to negotiate the rent and the length of the lease. Rules with respect to eviction also need to be reformed to restore balance between the rights of the tenant and the owner. There is often opposition to the reform of rent control laws by powerful commercial tenants. Therefore, the reform may be politically more acceptable if the policy for residential tenants is separated from that for commercial tenants,” it said. The Ministry of Housing and Urban Poverty Alleviation had in April 2015 drafted a Model Tenancy Act. The Aayog said that this law can be appropriately modified by the states.

Among the recommendations, the Niti Aayog pitched for providing infrastructure sector status to the real estate development, which will help bring down interest costs in the sector. It suggested that the states may consider reducing the stamp duty rates including the property registration fee to 3-3.5 per cent, from as high as 8 per cent in some of the states. “A high rate (of stamp duty) creates the incentives for the buyer of property to declare a lower value and pay a part of the payment in black,” it said.

The Aayog has argued for lower taxes for dormitory housing for migrant workers who come to cities without their families, often for short periods. Most states treat these dormitories as commercial hotels and subject them to commercial water and electricity tariffs, higher property taxes, trade-license fee and luxury tax. These charges greatly increase the rent on dormitory housing forcing the migrants to look for alternatives, which inevitably encourages the growth of slums, it stressed.