No tax haven, but this label can cost Malta untold harm 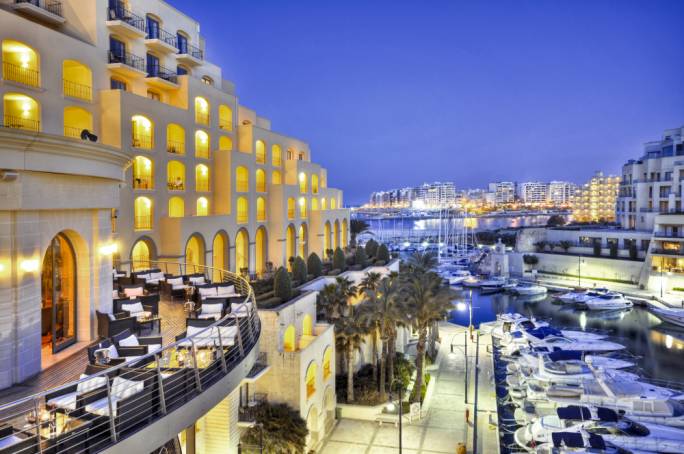 The way some Maltese media reported last Wednesday’s vote in the European Parliament stupidly implies that this august forum of people’s representatives elected by the ordinary citizens of the EU member states is the ultimate arbiter about whether Malta is a tax haven or not.

This is sheer nonsense, of course.

The Times correctly put it this way: “Malta narrowly avoided being labelled as a tax haven during a stalemate vote at the European Parliament. In fact 327 MEPs voted in favour of an amendment to the Panama Papers inquiry report, proposed by the socialists, while 327 voted against. The narrowly-defeated amendment would have requested the European Commission to regard Malta, Luxembourg, Ireland and the Netherlands as tax havens.”

As one can see, Malta is in good company! Which means this was no anti-Malta stance but a socialist initiative to push for the eventual aim of tax harmonisation across the whole of the EU. This is still on the cards and Wednesday’s vote was just an indication of things to come.

“Although the term ‘tax haven’ is a just a label, were Malta to be internationally acknowledged with this characterisation, it would do untold harm to what has become a very important sector of the Maltese economy”

One can easily understand that countries with a large economic clout resent the Maltese system of technically charging a 35% tax rate for foreign-owned companies and then reducing it to 5% when these companies apply for a tax refund.

In spite of the fact that our tax system was put in place before Malta became an EU member state, over the past few years there has been increasing pressure on Malta to reform its tax regime, on the grounds that it is eating away the tax revenue of other EU states. However, the two main political parties in Malta insist that the system is fully compliant with EU rules and stands as it was when Malta’s EU accession treaty was signed.

One can speculate that the EU was somewhat tolerant of Malta’s system when accepting our membership bid. In that case, we only have to thank the then Labour Party leader Alfred Sant whose virulent anti-EU stance indirectly helped the then PN government to get more concessions than it would have otherwise got.

It was just one of those ironies of fate that the vote of Alfred Sant, now an MEP, clinched the tie in the result that meant the amendment was not accepted.

In truth there is no agreed or acknowledged technical definition of what constitutes a ‘tax haven.’

The Tax Justice Network assessed 73 different jurisdictions around the world that allowed billions of foreign currency to be stored in offshore accounts and listed the 10 biggest tax havens in the world defined as ‘countries that allow the highest level of client financial secrecy, tax evasion, and offshore accounts.’ Their list for the world’s top ten tax havens is different: Switzerland tops the list followed by The Cayman Islands, Luxembourg, Hong Kong, the USA (as a result of what goes on in Nevada and Wyoming), Singapore, Jersey, Japan, Germany and Bahrain.

Malta is nowhere to be seen. One cannot help noticing that Jean-Claude Juncker’s home country Luxembourg – a founder member of the EU – appears prominently in the lists that include three British possessions, Cayman Islands, Isle of Man, and Jersey. These three islands were excluded from EU membership when the UK joined the EU. This was no innocent coincidence, of course.

Obviously these lists are not just a matter of capricious labelling. They were arrived at after due consideration of the tax systems in different countries and what is going on in these jurisdictions.

“Popular labelling of a country as a ‘tax haven’ tends to put many countries in the same basket. The Netherlands can probably easily shake off such a label, but for Malta it would be much more difficult “

Popular labelling of a country as a ‘tax haven’ tends to put many countries in the same basket. The Netherlands can probably easily shake off such a label, but for Malta it would be much more difficult.

Viewed against the background of what goes on in the financial world, the case against Malta is weak. Yet, the fact that Malta has been so successful in its financial services and gaming sectors makes other EU countries start asking how and why. They then realise that Malta is eating away a small bit of the tax base of other larger countries in Europe. Considering the extent of the substantial tax revenues of these countries, what they are losing is relatively minute, while what Malta is getting is huge in terms of the size of its economy.

Although the term ‘tax haven’ is a just a label and its use is purely arbitrary, were Malta to be internationally acknowledged with this characterisation, it would do untold harm to what has become a very important sector of the Maltese economy.

That is why bipartisanship on this issue is a ‘sine qua non’.

Lie of the year

When I read that Fox News was saying that the rule of law in the US is under siege because the anti-Trump bias in the Russia probe threatens US democracy, it made my day.  Trust Fox News for the incontrovertible truth! As Shakespeare put it: ‘All the world’s a stage’.

Meanwhile the US fact-checking website, ‘Politifact’, last Tuesday named Donald Trump’s claim that Russia’s election hacking is a “made-up story” as its 2017 “Lie of the Year.”

Despite “a mountain of evidence” that Moscow interfered in the 2016 presidential election, President Trump continues to insist otherwise.

‘Politifact’ alleged that Trump continually asserts that Russia’s meddling in the 2016 election is fake news, a hoax or a made-up story, even though there is widespread, bipartisan evidence to the contrary. At one point, Trump even said that the concept of Russian interference was “made up” by Democrats as an “excuse” for losing the election.

Politifact asserts that Trump’s blanket insistence that there was “no collusion” implies that he does believe Russia interfered, just not involving him personally.

Although Trump could acknowledge the interference happened while still standing by the legitimacy of his election and his presidency, he declines to do so.