Not the bottom yet, but Caterpillar raises hope of China rebound 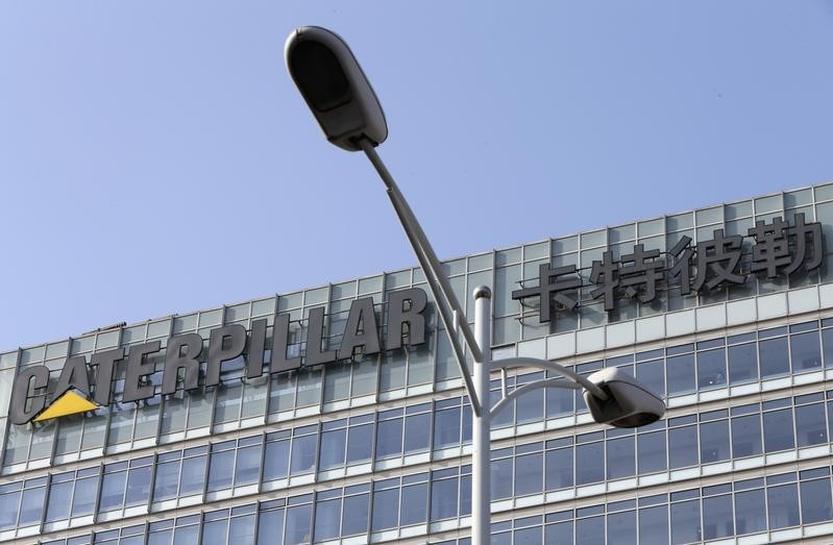 The company logo is seen on top of a building, where Caterpillar (China) Investment Co., Ltd. is located, behind a street lamp, in Beijing, January 22, 2013.

BEIJING/SINGAPORE Caterpillar Inc, the world’s largest maker of heavy equipment, has raised hopes that China’s battered construction sector may be showing signs of life, pointing to its strongest post-holiday period in three years after a government boost.

Ahead of a key week for the heavy equipment sector, with progress reports expected from rivals like Japan’s Komatsu to China’s Sany Heavy Industry, Caterpillar said late on Friday that it was seeing shipment activity holding up almost three months after the Chinese New Year holiday.

“It is not a hockey stick, it is not a boom, it is not a 2010 – but it is the first time we have seen that happen and we have lifted our schedules as a result of that this year,” said Doug Oberhelman, Caterpillar’s chairman and chief executive.

“We will see how long that goes.”

China’s economic growth slowed down in the first quarter to its weakest pace since 2009, but signs that the quarter ended on a stronger note have prompted some analysts to raise their forecasts for GDP in 2016.

One of the strong notes is a pick up in the property sector, where investment growth quickened in March. Premier Li Keqiang, worried about pressure on the economy, has also promised new infrastructure projects will be launched in a timely manner.

These factors have spurred a rally in China’s commodities markets. Rebar steel futures have shot up more than 50 percent this year.

A bellwether for global industrial demand, Caterpillar has been exporting bulldozers and diggers to China for almost four decades – and since 2012 has also been one of many high profile casualties of the country’s slackening construction and mining sectors, having failed to predict the downturn.

Its positive comments now, analysts said, hint at signs of life in a sector that is still debating the long-term impact of the effort to boost construction – for example, the improvement in Chinese local government’s budgets to carry out projects.

According to UBS analysts, Chinese excavator sales by non-Chinese manufacturers have increased year on year in February and March this year – the first rise in two years.

But, as with Caterpillar, the jury is still out on the sustainability of the rebound.

While players like Jiangsu Hengli Hydraulic Co Ltd, which feeds into the industry’s domestic supply chain, are targeting a jump in revenues – a fifth for Hengli in 2016 after a flat 2015 – others are less certain.

“Even if there is a recovery, it’s still very vulnerable,” said Liu Chunyu, vice president in charge of domestic sales at Shantui Construction Machinery Co.

As for Caterpillar, Oberhelman said the worse may not be over, despite a post Chinese New Year period that has seen almost 90 days of sustained shipments.

“I’m not going to declare a bottom in China,” he said. “I am cautious, but that is a better statistic than we have had.”