Number of Zika cases in Singapore rises to 41

The number of people in Singapore infected by the Zika virus has gone up, with the Ministry of Health (MOH) saying yesterday that 41, most of whom are foreign construction workers, have tested positive.

Thirty-four have fully recovered. The other seven, who are still showing symptoms and are potentially infectious, are recovering in Tan Tock Seng Hospital. All those infected either live or work in the Aljunied Crescent/Sims Drive area.

Health Minister Gan Kim Yong said the number is expected to rise as there is a high likelihood of more local transmissions. He highlighted that there may be Zika carriers who show no symptoms – such as fever, rash and red eyes – and do not seek treatment, but are still infectious.

Sunday’s update followed news on Saturday that a Malaysian woman living in Aljunied Crescent had tested positive for the Aedes mosquito-borne virus. As she had no travel history to infected countries, it was confirmed as a local transmission, making Singapore the 58th country in the world to report the spread of the disease within its borders. In May, a man returning from Brazil, where Zika is rife, was the first known Zika case here.

But the 47-year-old woman is not the first to catch the infection locally. One of the other 40 people infected was sick a month ago, but even he might not have been the first, the authorities said yesterday.

“They are not known to have travelled to Zika-affected areas recently, and are thus likely to have been infected in Singapore,” they said. “This confirms that local transmission of Zika virus infection has taken place.”

MOH said that at this point, the community transmission appears to be localized within the Aljunied Crescent/Sims Drive cluster.

Besides the Malaysian woman, who is said to be a worker at a coffee shop at Block 45 in Sims Drive, the other 40 people comprise 36 foreign workers who work at a construction site at 60 Sims Drive and four Singaporean men.

The Singaporean men include a father and son who live in Block 62, Sims Drive. The son is doing his national service at Khatib Camp. MOH is in touch with the Defence Ministry on this and has been told that no one there has symptoms.

Another Singaporean man works at the construction site and lives in Sembawang Drive. The fourth lives at Block 54, Sims Drive.

The foreign workers were among 118 working at the site who were tested. Some either live or work in Kranji Road, Joo Chiat Place, Senoko South Road, Toh Guan Road East and Lorong 101 Changi.

The National Environment Agency is fogging and misting those areas to wipe out Aedes mosquitoes.

Gan said that having Zika here was “almost inevitable”, given the country’s position as a travel hub.

Four in five people infected with Zika do not get sick, and for those who do, the illness is brief, lasting three to four days. By the fifth day, the person is usually no longer infectious. But Zika is a worry because it can be harmful to unborn babies. The virus has been linked to microcephaly, in which the baby is born with an exceptionally small and misshapen head.

MOH is actively testing people living in the affected areas who have symptoms, as well as close contacts of the 41 confirmed cases.

After the initial report on the Malaysian woman, Malaysia’s Health Ministry decided to step up health screenings at Johor checkpoints. Similar screenings will also take place at airports hosting direct flights from Singapore, such as in Penang and Langkawi.

Gan highlighted how eliminating the Aedes mosquito population was the “most important strategy” in the fight against Zika and urged Singaporeans to do their part. 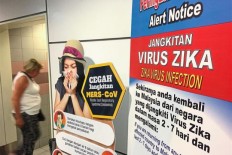 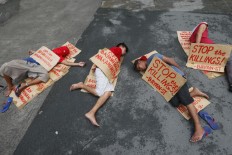 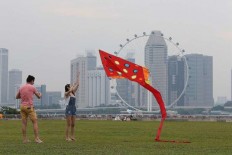 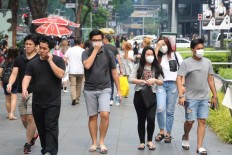