NZ Chinese Jockey Club is off to the races – in China 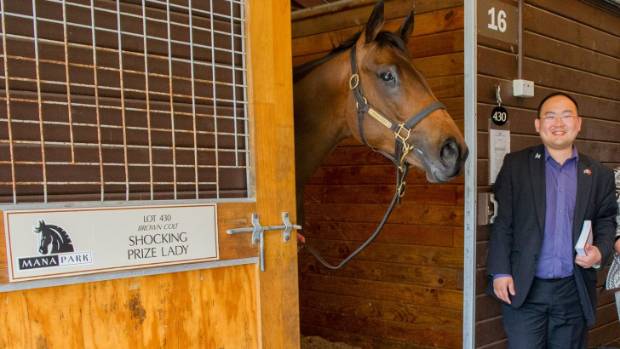 Despite a national ban on horse race gambling, China has warmed to the idea of investing in racehorses, especially New Zealand ones.

New Zealand Bloodstock members and the Auckland-based New Zealand Chinese Jockey Club (NZCJC) will travel around China to attend gatherings of representatives from 20 international equestrian organisations, and 100 of China’s “most influential” club investors and horse owners at the end of October.

NZCJC are the exclusive organisers of the event. 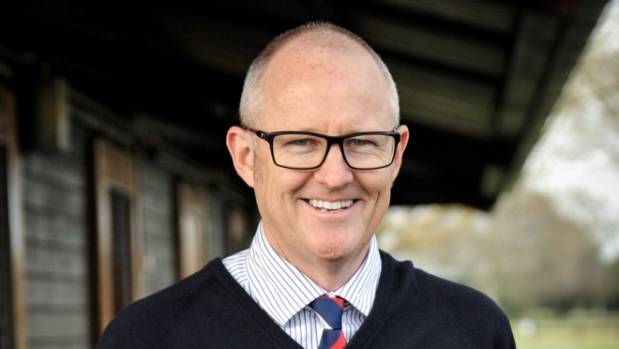 Since its debut at this year’s Karaka Millions, the jockey club has attracted 30 members; 80 per cent are living in New Zealand while the remaining 20 per cent are based in China. 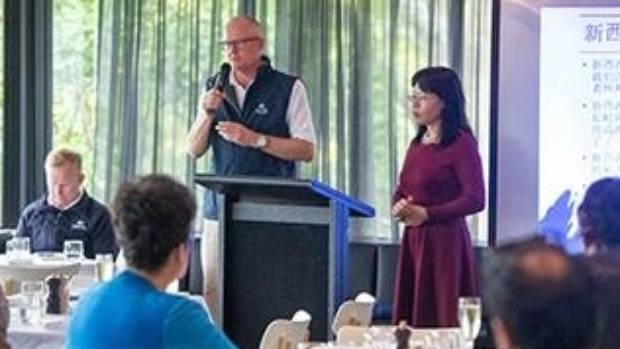 NZB managing director Andrew Seabrook presenting to Chinese investors on the eve of the 2016 Ready to Run Sale of 2YOs.

In order to join, members must be horse owners, but the club hosts seminars on horse purchasing for prospective members.

New Zealand Bloodstock chief executive Andrew Seabrook is on the board of the jockey club and said the local Chinese investor potential is “largely untapped,” and the Chinese export market even more so.

NZCJC chief executive Alan Fu said most members were not buying into the industry to make returns.

“Getting financial returns from horses is probably not the top of the list; racing horses could be seen as speculation.”

“What [members] are searching for is the networking opportunity and the friendships that come about through being a horse owner.”

For some investors, it’s more affordable to buy part of a racehorse in a syndicate.

Auckland resident Silver Man is one of the jockey club’s newest members following his $15,000 purchase of a 10 per cent share in Te Akau Dragon. An entire horse would have been too expensive, he said.

Man bought a horse in part because he was interested in the horse business, and also because his daughter was born in the year of the horse.

“In China a horse is a symbol of strength and [readiness] to take off.”

Man said he thinks the horse industry in China is set to take off as well, thanks in part to the government’s changing attitude towards it.

“It’s a good business in the future.

“The Government is promoting and encouraging businesses to import horses, and teenagers and youth are getting involved in the horse sports in [the] Olympics, but government won’t say gambling is ok.”

Some Chinese racing clubs do enter their horses in betting events in Hong Kong, Singapore, and Macau.

Fu said his jockey club has partnered with some of China’s 1442 horse clubs, 65 of which are racing clubs.

The expansion of these clubs has been encouraged as a way to develop more rural areas, Fu said. There are seven times as many as there were 10 years ago, when there were 200 clubs.

Fu has travelled back and forth to China since the club’s founding alongside members of New Zealand Bloodstock to promote the New Zealand industry, and said the quality of New Zealand thoroughbreds holds a lot of appeal overseas.

New Zealand is the number one exporter of thoroughbreds into China, though the Netherlands has the highest number of overall horse exports into China.

Last year China imported almost 5000 horses from New Zealand, 1648 of which were through the New Zealand Bloodstock.

“The Chinese appreciate long-stayers more than sprinters and that’s what New Zealand specialises in.”