Of stars and fading storylines 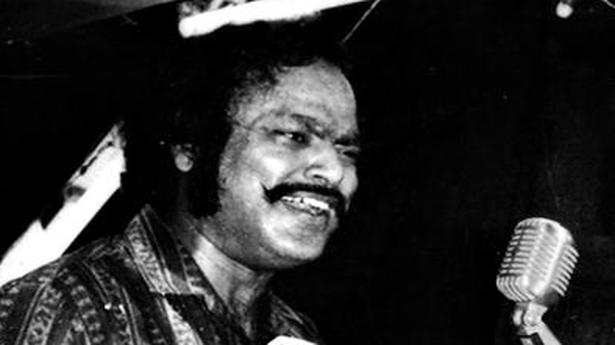 Many critics blame the domination of stars for Tamil cinema’s failure to scale new heights as far as content (storyline) is concerned.

According to late writer Jayakanthan, the trend had begun in the 1950s. Blaming the film stars, he had said it was their quest to dominate the political parties they were affiliated to which led to this sorry state.

“Tamil cinema had to depend on politician to reach out to people and there was nothing wrong. It became a problem when the artistes, instead of being useful to the political parties, started dominating the parties,” wrote Jayakanthan in The Great Hero, a film magazine run by Rajaiah in the 1990s.

In the article Natchathira Aathikkam (Domination of Stars), he rued the fine balance of story, actors to don the appropriate role, comedy and direction was dispensed with because of the emergence of stardom.

“These stars became greedy. They decided the story, interfered with film shooting, fixed the price of the film, got themselves involved in distribution and controlled the role of other artistes. Many bigtime producers became paupers and others had to oblige the stars,” he had alleged.

His writings on cinema, his short stories penned when he was in his twenties and published in now defunct magazines like Saraswathi and Samaran, and writings, interviews and answers to readers that appeared in magazines in Malaysia, Singapore and the US have been compiled into two books—JK Velivaratha Kathaikal and Jayakanthan: Vaatham and Pirathivaatham.

The books published by Kalaignan Pathipagam was released on Sunday at the Russian Cultural Centre. The short story collection has 10 stories and nine of them were published in the 1950s. The last story Rail Marupadiyum Varum appeared in Manoranjitham in 1983.

“What is striking is the power of his language. Even at the young age, he came across as a great writer,” said Ezhilmuthu, who worked closely with Jayakanthan and is instrumental in giving shape to the book, which is compiled by the writer’s son Jayasimhan.

Though he had appreciated DMK leader M. Karunanidhi’s skills as a dialogue writer, Jayakanthan’s anti-Dravidian diatribes was all pervasive in his writings about cinema. He views on Sivaji Ganesan was also unique.

“Even though Mr. Karunanidhi’s dialogues gave Tamil cinema a gifted actor in Sivaji, he [Sivaji] cannot decide the future of Tamil cinema, however great he is. These heroes are in constant struggle to retain themselves and their talent in the film world,” he had explained.

Jayakanthan had great respect for Papanasam Sivan, who also excelled in the film world as a composer.

“His songs were not only famous in films, but also occupied a special place in concert platforms,” he had said.

When a journalist was taken aback by the title of one of his films—Puthucheruppu — Jayakanthan had told him, “You just think about Pathuka Pattabishekam. How much respect it holds among people? Tamil people will give similar respect to my story,” he had quipped.

Besides his interviews, his conversation with actor Lakshmi, the heroine of his films, and actor-cum-playback singer K.B. Sundaramabal were interesting.

He even took a photo with Lakshmi, who was good at playing the veena.

Once he asked Sundarambal to adopt him, saying that she resembled his mother and had a lot of money. “If I adopt you, I can have only you as my son. As far as I am concerned, all children are Lord Muruga,” she had said, laughing.