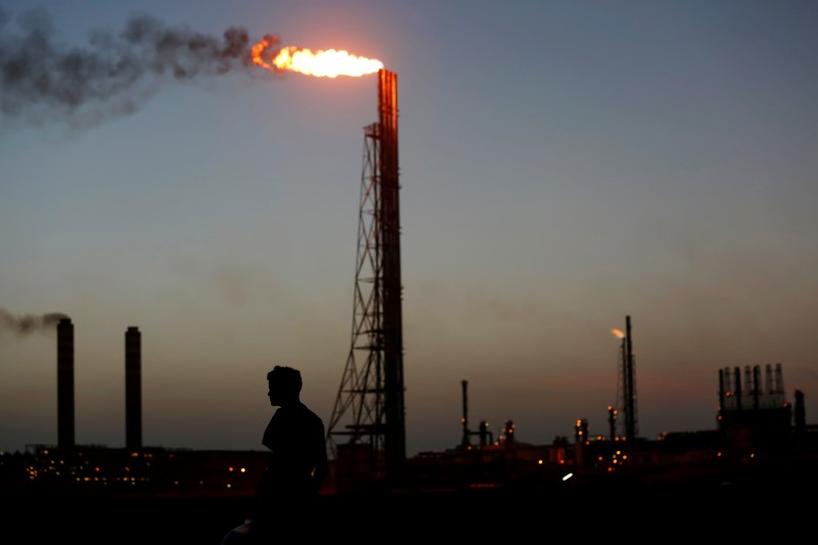 SINGAPORE Oil prices rose on Monday to fresh highs for the month of August, with the Brent benchmark gaining 11 percent since the start of the month, as speculation intensifies about potential producer action to support prices in an oversupplied market.

U.S. West Texas Intermediate (WTI) crude futures rose to a high of $44.95 a barrel before dipping to $44.85 a barrel, still up 36 cents from their last close. WTI has gained more than 7 percent in August.

“Oil posted another … gain as speculation of potential production freezes by OPEC picked up pace. Saudi Arabia signaled that it is prepared to discuss stabilizing the markets at informal OPEC discussions next month,” ANZ bank said.

“This was despite another strong rise in drilling activity in the U.S. … Baker Hughes data showed the number of rigs operating in the U.S. rose by 15 last week to 396,” it added.

After falling sharply from over 1,600 in 2014, before the price rout started, to a low of just 316 in late May, the U.S. oil rig count has steadily risen since then as U.S. producers have adjusted to lower prices.

Morgan Stanley said that weak fundamentals would eventually begin to outweigh the bullish sentiment that has recently lifted prices.

“Fundamentals tend to be a stronger driver medium term, and the picture appears skewed negative over the coming months,” the U.S. bank said. It cited high production and swelling inventories as well as an ongoing glut in the fuel market which is likely to spill back into the crude sector as refiners cut back production and orders for crude as a feedstock.

In a sign of an ongoing fight between Middle East producers for Asian market share, Iran’s crude exports to South Korea rose in July to nearly four times the level of a year ago, and 5.9 percent higher than the previous month.

On the demand side, the world’s three-biggest economies – the United States, China and Japan – all published downbeat economic data between Friday and Monday.

The countries are also among three of world’s five-biggest crude consumers and traders said slower economic growth in those countries could start weighing on crude markets.