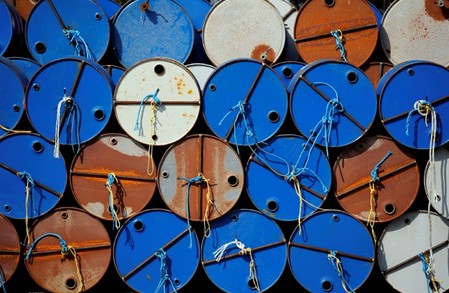 Oil prices were little changed on Wednesday ahead of the release of U.S. weekly petroleum inventory and production data.

Both contracts climbed to their highest levels since December 2014 this week with Brent reaching $70.37 on Monday and WTI up to $64.89 on Tuesday.

“Movements in oil prices have been muted in today’s session as market participants look ahead to the upcoming oil inventory report from the United States,” said Abhishek Kumar, senior energy analyst at Interfax Energy’s Global Gas Analytics in London.

U.S. crude inventories were seen falling for a ninth straight week along with a probable fall in distillate stockpiles during the week ended Jan. 12, according to a preliminary Reuters poll of analysts. [EIA/S]

The American Petroleum Institute (API) report has been delayed by a day to Wednesday at 4:30 p.m. EST (2130 GMT), and the U.S. Energy Information Administration (EIA) data to Thursday at 11 a.m. EST due to the U.S. Martin Luther King Jr. Day holiday on Monday.

Tighter fundamentals have lifted both crude futures benchmarks about 13 percent above levels in early December, helped by production curbs by OPEC and Russia, as well as by healthy demand growth.

The Organization of the Petroleum Exporting Countries and Russia have been curbing production since January 2017 and the cuts are set to last through 2018.

The curbs have coincided with healthy demand and solid economic growth, and as a result the market has tightened, helping to push prices up more than 50 percent from June 2017.

Elsewhere, threats by Nigerian militants on Wednesday to attack offshore oil facilities within days, was supportive of prices.

But markets may come under pressure from rising U.S. production, analysts say.

On Tuesday, the EIA said it expected U.S. oil output to increase in February, with production from shale rising by 111,000 barrels per day (bpd) to 6.55 million bpd.

Money managers have raised the bullish positions in WTI and Brent crude futures and options to a record, according to data from the U.S. Commodity Futures Trading Commission and the Intercontinental Exchange.

(Additional reporting by Libby George in London and Henning Gloystein in Singapore; editing by Jason Neely and Tom Brown)