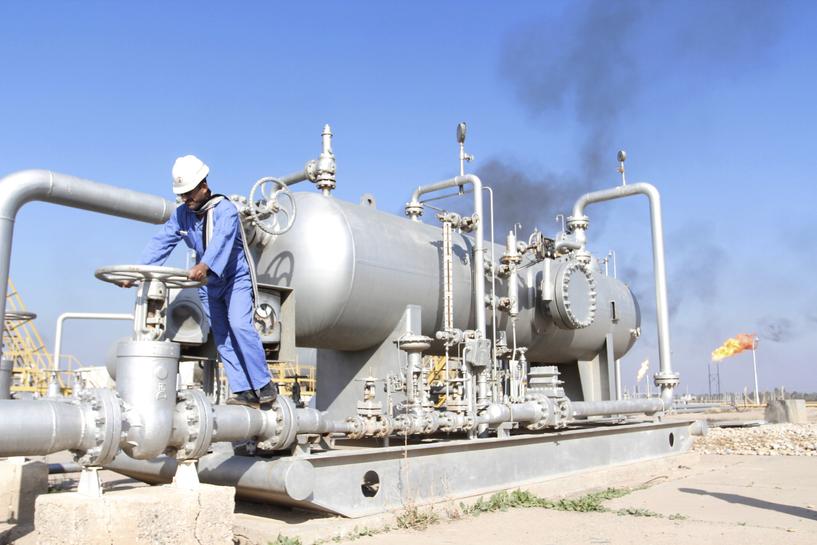 SINGAPORE Crude oil futures were largely unchanged on Thursday, with the market torn between rising U.S. production and the output cuts being made by OPEC and other producers.

Benchmark Brent crude futures were flat at $55.86 a barrel by 0657. The market had climbed to a one-month high of $56.65 on Wednesday before losing ground.

U.S. West Texas Intermediate crude futures were down 6 cents at $53.05 a barrel. They touched their highest since March 7 at $53.76 barrel in the previous session.

“We saw a bit of a reversal in oil prices (on Wednesday) and it came despite some positive news,” chief market strategist at Sydney’s CMC Markets. “It does appear that there is bit of focus on the data that came alongside inventory numbers which showed further increase in U.S. production.”

Brent and WTI have rallied in recent sessions after Saudi Arabia was reported to be pushing fellow members of the Organization of the Petroleum Exporting Countries (OPEC) and some rivals to prolong supply cuts beyond June. OPEC and other producers, including Russia, agreed late in November to curb output by around 1.8 million barrels per day in the first half of 2017 to rein in oversupply.

The U.S. oil data followed bullish reports from OPEC nations, which said they had cut March output beyond what they had promised, according to figures the group published in a monthly report.

Also supporting oil markets was customs data showing that China imported a record 9.17 million barrels of crude in March, making it the top importer for the year so far.

But OPEC also raised its forecast for supplies from non-member countries in 2017 as higher prices encourage U.S. shale drillers to pump more, reducing demand for OPEC’s oil this year.