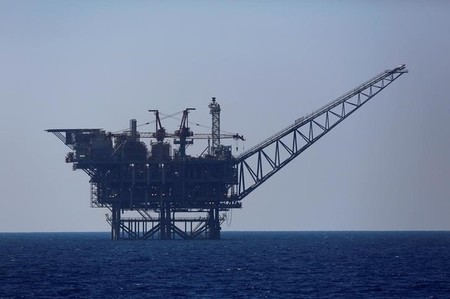 Turkish President Tayyip Erdogan repeated a threat to cut off the pipeline that carries 500,000-600,000 barrels per day (bpd) of crude from northern Iraq to the Turkish port of Ceyhan, intensifying pressure on the Kurdish autonomous region over its independence referendum.

This potential loss, combined with 1.8 million bpd of output reductions by the Organization of the Petroleum Exporting Countries and non-OPEC producers, raised concerns of tighter supply.

The Iraqi government said it will not hold talks with the Kurdistan Regional Government about the results of the referendum, which is expected to show a comfortable majority in favor of independence after the results are announced later this week.

“Although there was plenty of price-bullish news making headlines yesterday, undoubtedly the biggest factor was the referendum in the Kurdistan region of Iraq,” analysts at Vienna-based JBC Energy said in a note.

“Global demand growth is way higher than what we have observed in the last couple of years, coming somewhere close to 1.6 to 1.7 million barrels per day and is driven by distillates,” said Janet Kong, BP’s chief executive officer, supply and trading, Eastern Hemisphere.

OPEC and non-OPEC producers meeting in Vienna last week said the market was well on its way toward rebalancing.

However, other analysts were skeptical about further price gains due to higher oil output from the United States.

The U.S. Energy Information Administration said production from wells in shale formations would rise for a 10th month in a row in October.

Previous Bike-sharing takes off among youths in major Asian cities: Survey
Next For Singaporean enterprises, to expand is to survive