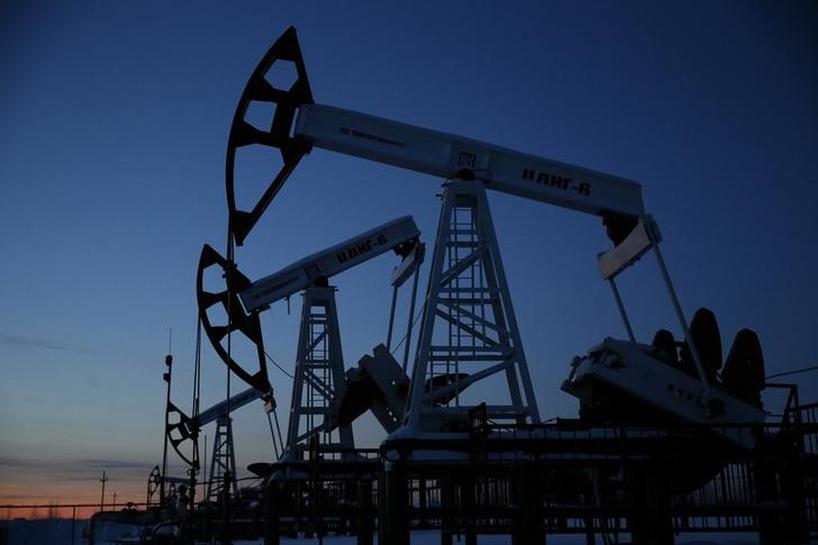 Pump jacks are seen at the Lukoil company owned Imilorskoye oil field, as the sun sets, outside the West Siberian city of Kogalym, Russia, January 25, 2016.

NEW YORK Oil futures fell from fresh four-month highs in choppy trading on Wednesday as comments from Russia’s energy minister added to doubts a producer meeting set for Sunday in Doha to discuss freezing output would yield a positive outcome.

Prices fell after Reuters reported that Russian oil minister Alexander Novak told a closed-door briefing that a deal on an oil output freeze scheduled to be signed this month in Doha will be loosely framed with few detailed commitments.

The prospect of a combined OPEC and non-OPEC deal to prop up prices has boosted oil in recent weeks but analysts said that even if a deal is struck, it will do little to restore supply/demand balance.

“We have muted expectations for any meaningful impact on crude fundamentals from the April 17th Doha meeting,” Macquarie Capital analysts wrote in a note.

“We do not believe that anyone is going to cut production to get back into compliance with January levels.”

A larger-than-expected draw in gasoline inventories and falling U.S. crude production softened the blow of soaring crude stocks. Gasoline fell by 4.2 million barrels to 239.76 million, compared with an analyst forecast for a 1.4 million-barrel draw.

Prices came under pressure earlier in the session, falling more than 2 percent after comments by Saudi Oil Minister Ali al-Naimi in the al-Hayat newspaper that confirmed his country’s position that an outright production cut was out of the question.

“Forget about this topic,” al-Naimi told the newspaper when asked about any possible reduction in Saudi crude output.

Iranian Oil Minister Bijan Zanganeh does not plan to attend the Doha meeting, but Iran will send a representative, an Iranian journalist from the Seda weekly wrote on Twitter on Wednesday.

Iran has said it does not plan to participate in the freeze agreement as it seeks to boost its production in the post-sanctions era.

Morgan Stanley analysts said the market may still be underestimating the potential near-term headline upside risk of the Sunday meeting.