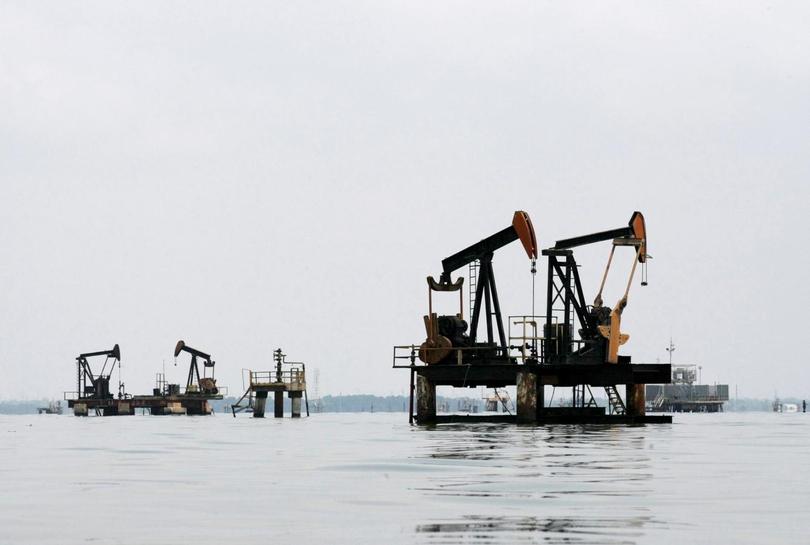 Oil pumps are seen in Lake Maracaibo, in Lagunillas, Ciudad Ojeda, in the state of Zulia, Venezuela, in this March 20, 2015 file photo.

SINGAPORE Oil futures fell around 2 percent on Wednesday on concerns that a producer meeting planned for Sunday could fail to rein in ballooning overproduction, while a stronger dollar also weighed on fuel markets.

Comments by oil minister Ali al-Naimi in the Saudi-owned al-Hayat newspaper in which he re-confirmed his country’s position that an outright production cut, as demanded by some producers, was out of the question also weighed on markets, traders said. There was aso a report that Iran would only send a government representative and not its oil minister to the producer gathering.

“Forget about this topic,” al-Naimi told the paper, when asked about any possible reduction in his country’s production.

Investors are wary of the outcome of this meeting that may lead to an oil output freeze.

“Investors have been burned before that OPEC (the Organization of the Petroleum Exporting Countries) will do something – the fundamentals of this thought have shown to be made of sand,” said Ben Le Brun, market analyst at Sydney’s OptionsExpress.

Oil prices had been under pressure earlier in the session as profit-taking and concern over a larger-than-expected build in U.S. crude stocks outweighed news of the Russia-Saudi deal.

“There are two things. There has been a fantastic rise in prices so I think in the Asian time zone there’s been a little bit of profit-taking,” said Jonathan Barratt, chief investment officer at Sydney’s Ayers Alliance.

“The second thing is that while we are waiting for more official inventory data, investors are thinking: ‘Are prices warranted at these levels?’,” he said.

That compared with analyst expectations for a 1.9 million barrel increase.

Official inventory data from the Energy Information Administration (EIA) is due later on Wednesday.

Some signs of improving crude demand have appeared as China’s crude imports, buoyed by strong demand from independent refiners and better refining margins, rose 13.4 percent in the first quarter from a year ago, customs data showed on Wednesday.

Global oil demand will grow by 1.16 million barrels per day this year, a 10,000-barrel rise compared with earlier estimates, the EIA said in its monthly forecast on Tuesday.