Oil prices rebounded on Wednesday from sharp losses in the previous session as concerns about tighter supplies from Russia and Libya dominated, while industry data showed a drop in U.S. crude inventories last week, Trend reports with reference to Reuters.

Both benchmarks fell 5.2% in volatile trading on Tuesday after the International Monetary Fund (IMF) on Tuesday slashed its forecast for global growth by nearly a full percentage point.

“The sell-off yesterday on the back of the IMF revisions was probably overdone,” said Warren Patterson, ING’s head of commodities strategy based in Singapore.

However, a softer global economic outlook and ongoing COVID-19 lockdowns in China that have hurt demand in the world’s top crude importer are weighing on prices.

On the supply side, the Organization of the Petroleum Exporting Countries and its allies, known as OPEC+, produced 1.45 million barrels per day (bpd) below its production targets in March, as Russian output began to decline following sanctions imposed by the West, a report from the producer alliance reviewed by Reuters showed.

Russia produced about 300,000 bpd below its target in March at 10.018 million bpd, based on secondary sources, the report showed.

Other outages added to the concerns about supply. Libya’s National Oil Corporation declared force majeure at the Brega oil port on Tuesday, saying it was unable to fulfill its commitments towards the oil market.

In the United States, crude stocks fell 4.5 million barrels last week, according to market sources citing American Petroleum Institute figures on Tuesday, against expectations of an increase in inventories.

The Energy Information Administration (EIA), the statistical arm of the U.S. Department of Energy, will release its weekly data at 10:30 a.m. EDT (1430 GMT) on Wednesday. 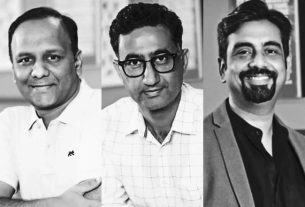