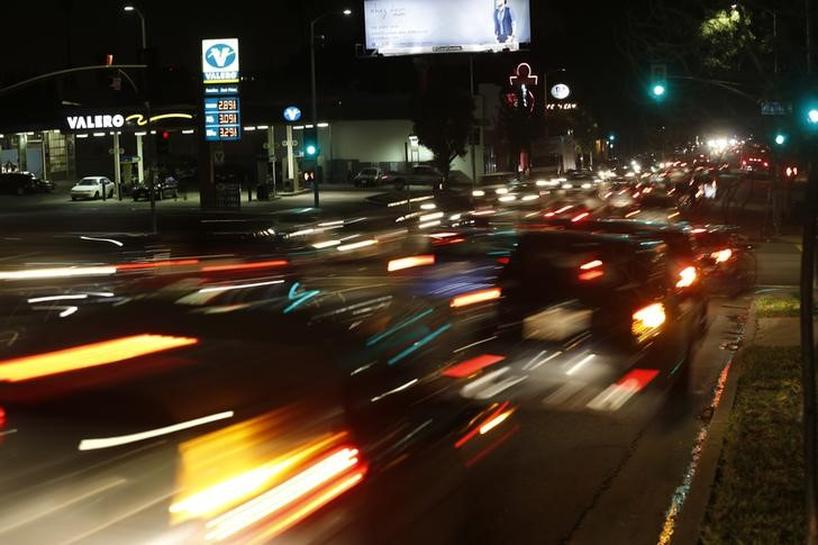 The price of regular unleaded gas is pictured at a gas station in Los Angeles, California in this January 22, 2016 file photo.

SINGAPORE Oil prices tumbled on Monday after a meeting by major producers in Qatar collapsed without an agreement to freeze output, leaving the credibility of the OPEC producer cartel in tatters and the world awash with unwanted fuel.

Geopolitical tensions between Saudi Arabia and Iran were blamed for the failure, which revived industry fears that major government-controlled producers will increase their battle for market share by offering ever-steeper discounts.

“OPEC’s credibility to coordinate output is now very low,” said Peter Lee, oil analyst at BMI Research, a unit of rating agency Fitch. “But this isn’t just about oil for the Saudis. It’s as much about regional politics.”

U.S. bank Morgan Stanley said that “the lack of even a non-committal agreement after one was in place in February underscores the poor state of OPEC relations,” adding that “we now see a growing risk of higher OPEC supply”.

Sunday’s meeting in Qatar’s capital, Doha, had been expected to rubber stamp a deal to stabilise output at January levels until October 2016 in an attempt to slow ballooning oversupply.

But the agreement between major oil producers fell apart after Saudi Arabia demanded that Iran, which was not represented, should sign up to the deal.

The Sunni Muslim kingdom of Saudi Arabia and Shia Islamic republic of Iran compete for influence in the Middle East, where they are currently fighting proxy wars in Syria and Yemen.

International Brent crude futures fell as much as 6 percent in early trading on Monday before recovering to $41.31 per barrel at 0355 GMT, still down 4.15 percent since their last settlement.

Oil prices have fallen by as much as 70 percent since mid-2014 as producers have pumped 1 to 2 million barrels of crude every day in excess of demand, leaving storage tanks around the world filled to the rims with unsold fuel.

NO END IN SIGHT FOR GLUT

With producers such as Saudi Arabia and Russia pumping at or near record levels and Iran also increasing output following the lifting of international sanctions against it last January, there is no end in sight for the global oil glut.

Iran was the only OPEC member not to attend the Doha talks, which also included big non-OPEC producers such as Russia.

But despite calls on Saudi Arabia to save the agreement and help prop up crude prices, Riyadh, OPEC’s de facto leader, insisted that all 13 members must take part in any freeze. Iran has refused to stabilise production, seeking to regain market share post-sanctions.

As a result of the failure at Doha, BMI analyst Lee said Brent crude would likely fall below $40 per barrel again, although he added that he did not expect prices to re-test this year’s 13-year lows of just over $27 a barrel as private, non-OPEC producers, especially in the United States where drillers are suffering from low prices, are seeing their output fall.

Private oil producing companies could now face a further erosion of revenues in a world already awash with unwanted oil, especially after Riyadh threatened to raise output steeply if no freeze deal were reached.

Barclays said in a note to clients that the meeting “exposed the political rift between Saudi Arabia and Iran, and ultimately doomed the agreement”.

As a result, Brent would likely average $36 per barrel during the second quarter of this year as a global glut continued unabated, it said.

“This meeting and its outcome should have built… trust among producers for possible future cooperation and coordinated action. In this regard, the meeting was a complete failure,” Barclays said.

“The failure of the talks gives the market another clear indication that OPEC’s relevance in this market environment has faded, and its ability to coordinate with members outside the group is equally difficult,” it added.