Oil pulls back from highs as worries of overheating grow 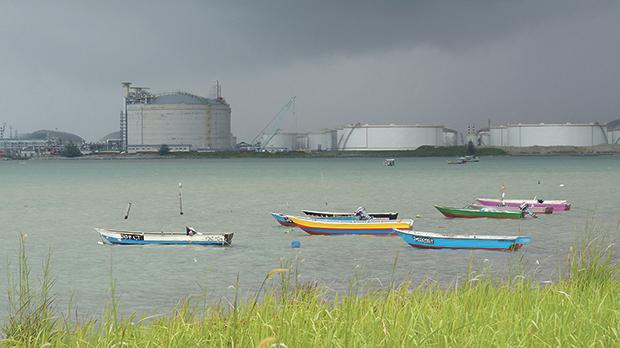 Oil prices pulled back from multi-year highs reached earlier in the day yesterday as warnings grew that a 13 per cent rally since early December was close to running its course.

Sentiment was boosted by a surprise drop in US production and lower US crude inventories in official data on Wednesday.

“The undeniable fact is that [US] crude oil inventories are at their lowest level since August 2015,” said PVM Oil Associates analyst Tamas Varga.

“Opec is edging ever closer to its desired target of reducing OECD industrial stocks to the five-year average.”

Data from the US Energy Information Administration on Wednesday showed that crude inventories  fell by almost five million barrels to 419.5 million barrels in the week to January 5.

US production also fell by 290,000 barrels per day (bpd) to 9.5 million bpd, the EIA said, despite expectations of output breaking through 10 million bpd.

The drop, likely to be because of extreme cold weather that halted some onshore output in North America, was expected to be shortlived.

But yesterday, UAE oil minister and current Opec president Suhail al-Mazrouei said he expects the market to balance in 2018 and that the producer group is committed to its supply reduction pact until the end of this year.

Production cuts led by the Organisation of the Petroleum Exporting Countries (Opec) and Russia, which started in January last year and are set to continue throughout 2018, have underpinned prices.

Still, downward pressure emerged in the physical market, where Opec’s second and third-largest producers, Iran and Iraq, this week cut their prices to remain competitive.

Fuel inventories in Asia and the US remain ample and in some cases are rising.

“Markets are getting a bit fatigued and a healthy correction could be on the cards,” said Stephen Innes, head of trading for Asia/Pacific at futures brokerage Oanda in Singapore.