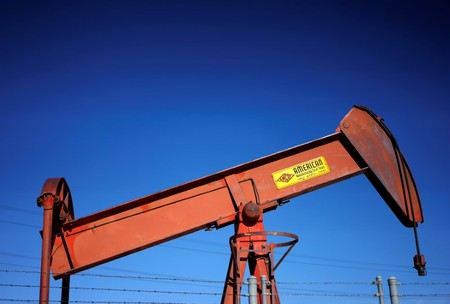 Oil markets edged up on Tuesday as the Forties pipeline outage in the North Sea and voluntary production restraint led by OPEC supported crude, although soaring output in the United States put a cap on gains.

There has been very little price movement in recent trading, with Brent moving within a $63.00 to $63.91 per barrel price range since last Friday.

Some upward pressure was taken off Brent after a nationwide oil worker strike was called off in Nigeria, traders said.

Despite this, crude has been generally supported by the ongoing Forties pipeline system outage in the North Sea, which provides crude underpinning Brent futures.

Further price support has been coming from voluntary supply cuts by the Organization of the Petroleum Exporting Countries (OPEC) and a group of non-OPEC producers including Russia.

As a result of the production restraint and disruptions, oil inventories are falling globally.

Threatening to undermine the OPEC-led efforts to tighten markets is U.S. crude production

This means U.S. output is fast approaching that of top producers Russia and Saudi Arabia, which are currently pumping around 11 and 10 million bpd respectively.

U.S. shale production alone, which excludes large offshore facilities in the Gulf of Mexico, is expected to rise by 94,000 bpd in January, marking a 13th consecutive month of increases, the U.S. Energy Information Administration said late on Monday.

Overall, the EIA said it expected U.S. production to hit a record 10.02 million bpd in 2018, on par with Saudi Arabia and not far off top producer Russia, which pumps around 11 million bpd.

Previous Market may extend recent gains
Next Jalal: BCB not in hurry to appoint new coach