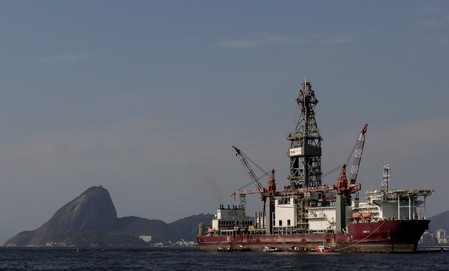 Oil prices edged lower on Friday after hitting a three-year high the previous day, but the benchmarks remained on track for a fourth straight week of gains.

A drawdown in U.S. inventories and a pullback in production, combined with steady demand and the extension of OPEC’s global supply cut agreement, has bolstered the oil-market rally for several weeks, helping push Brent crude through $70 a barrel for the first time since December 2014.

Russia’s Lukoil Chief Executive Vagit Alekperov said Russia – part of the global agreement with the Organization of the Petroleum Exporting Countries to reduce supply – should start to exit the pact if crude prices remain at $70 a barrel for more than six months.

For the week, Brent was set for a 2.3 percent gain while WTI was on track for a 3.5 percent rise.

“If you look at any kind of momentum indicator this is telling you this is way overbought,” said Robert Yawger, director of energy futures at Mizuho in New York. “However, there are definitely issues supporting the market.”

Major oil producing-countries have grown concerned that as prices remain near these levels, it will spur additional production from U.S. shale patches in Texas and North Dakota, risking overwhelming the market with additional supply, and hurting OPEC’s market share.

U.S. crude production fell in the most recent week by nearly 300,000 barrels per day to about 9.5 million bpd, which analysts attributed to the deep freeze across most of the country.

The U.S. Energy Department expects production will blow through 10 million bpd in the next few months, en route to 11 million bpd by next year, rivaling Russia and Saudi Arabia.

Gulf OPEC producers plan to keep their oil output in the current quarter below the year-earlier level despite strong demand growth and a drop in global inventories, a senior OPEC source familiar with Gulf oil thinking said.

The OPEC/Russia agreement to cut 1.8 million bpd is due to last until the end of 2018. Oil prices have found support from eight consecutive weeks of U.S. crude inventory drops.

Later-dated futures trading lower than the spot price is known as backwardation, and is expected to inhibit production because it implies a lower price for future barrels sold.

(Additional reporting by Ahmad Ghaddar in London and Henning Gloystein in Singapore; Editing by Marguerita Choy and Edmund Blair)