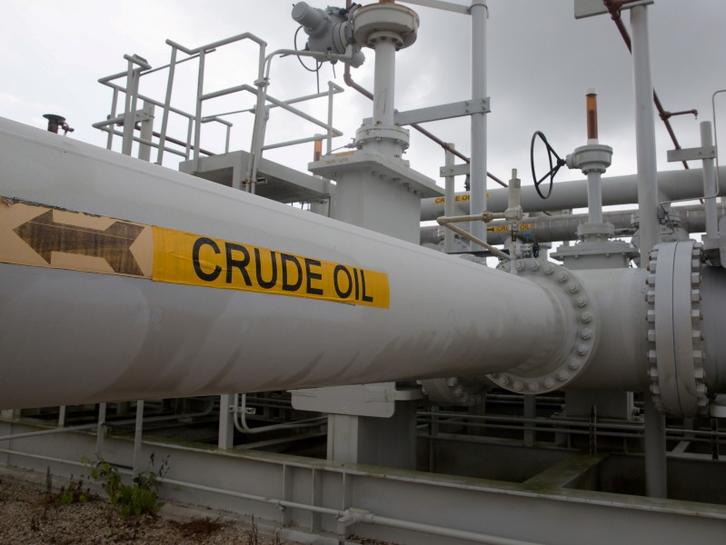 A maze of crude oil pipes and valves is pictured during a tour by the Department of Energy at the Strategic Petroleum Reserve in Freeport, Texas, U.S. June 9, 2016.

NEW YORK Oil prices rose over 3 percent on Thursday after comments from the Saudi oil minister about possible action to stabilize prices triggered a round of buying and the International Energy Agency forecast crude markets would tighten in the second half of 2016.

Saudi Energy Minister Khalid al-Falih said OPEC members and non-members would discuss the market situation, including any action that may be required to stabilize prices, during an informal meeting on Sept. 26-28 in Algeria.

The comments by the minister of the world’s top oil exporter triggered fund buying and some algorithmic trades, giving a boost to prices, traders and brokers said.

However, most traders remain skeptical of the outcome, expecting a repeat of the Doha meeting in April when talks fell through after Saudi Arabia backed out, citing Iran’s refusal to join in a so-called production freeze.

The IEA, which advises large developed economies on energy policy, forecast a healthy draw in global oil stocks in the next few months that would help ease a glut that has persisted since 2014 on the back of rising OPEC and non-OPEC supply.

“Oil’s drop … has put the ‘glut’ back into the headlines even though our balances show essentially no oversupply during the second half of the year,” the Paris-based IEA said in its monthly report.

“Our crude oil balance indicates a hefty draw in the third quarter after a lengthy stretch of uninterrupted builds.”

Global demand growth is expected to decline from 1.4 million barrels per day in 2016 to 1.2 million bpd in 2017, the IEA said, after a revision to the global economic outlook.

Still, the overall takeaway from the IEA’s report has been more bullish than bearish.

An increase in Saudi Arabia’s output to a record 10.67 million bpd in July was due to seasonal demand during summer and in part to meet higher demand from customers, the Saudi oil minister said.

Analysts at brokerage Bernstein said in a note they expect high inventories, especially of refined fuel, to spur further refinery run cuts in the next few months.

“This expected diminishing product inventory overhang will lead to a sustained tightening of oil market fundamentals and oil prices should be well above current levels,” they said.

Many analysts say they see oil prices trading within a range for the next few weeks.

“As long as oil holds $40, we should be at the bottom,” Phil Flynn, senior energy analyst at Price Futures Group said.

“The failure to follow through on bear market closes suggest we are near the low.”

(Additional reporting by Christopher Johnson in London and Henning Gloystein in Singapore; Editing by Marguerita Choy and Chizu Nomiyama)