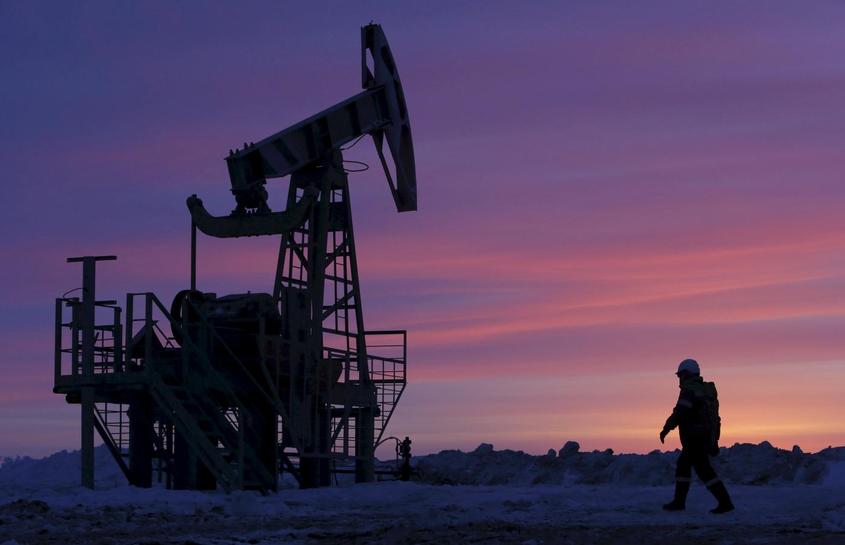 A worker at an oil field owned by Bashneft, Bashkortostan, Russia, in this January 28, 2015 file photo.

NEW YORK Oil prices rose on Friday and were poised for a third week of gains as market sentiment turned more upbeat amid signs a persistent global supply glut may be easing.

Strong gasoline consumption in the United States, increasing signs of declining production around the world and oilfield outages have underpinned a return to investment in the sector, traders said.

“The current rally is driven by a market sentiment that is becoming more and more convinced that the worst is over and the global oil market rebalancing process is already in play,” said Dominick Chirichella, senior partner at the Energy Management Institute in New York.

The rally was somewhat limited by profit taking ahead of the weekend, brokers said.

Brent has surged 4.4 percent so far this week and U.S. crude 8.2 percent as both benchmarks headed for a third week of gains. Crude is up more than two-thirds since its 2016 lows between January and February.

Traders also pointed to strong crude imports to China in March as providing support to prices.

Still, some analysts warned that the oil market was still far from balancing supply and demand.

“While this recent rally has the potential to run further to the upside … we believe that it is not yet driven by a sustainable shift in fundamentals,” Goldman Sachs said in a note to clients.

The Wall Street bank maintained its view that a sustainable balancing of the market, driven by declines in U.S. shale oil production, would take place in the third quarter of 2016.

Many analysts have said they expect producers in the U.S. to take every opportunity to aggressively hedge by selling as soon as oil prices recover for short periods of time. This would have a tendency to pressure prices in later months, which could in turn limit front-month gains.

Sure enough, EOG Resources placed hedges for nearly 10 million barrels of crude oil in the first quarter through June 30, according to a regulatory filing this week.

Falling output, especially in the United States, where many producers have reeled from an up to 70 percent oil price rout since mid-2014, has helped to lift the market.

Despite the recent rally, oil markets remain oversupplied as between 1 and 2 million barrels of crude are being pumped out of the ground every day in excess of demand, leaving storage tanks around the world filled to the brim with unsold fuel.

(Additional reporting by Ron Bousso in London and Henning Gloystein in Singapore; Editing by Bernadette Baum and David Gregorio)