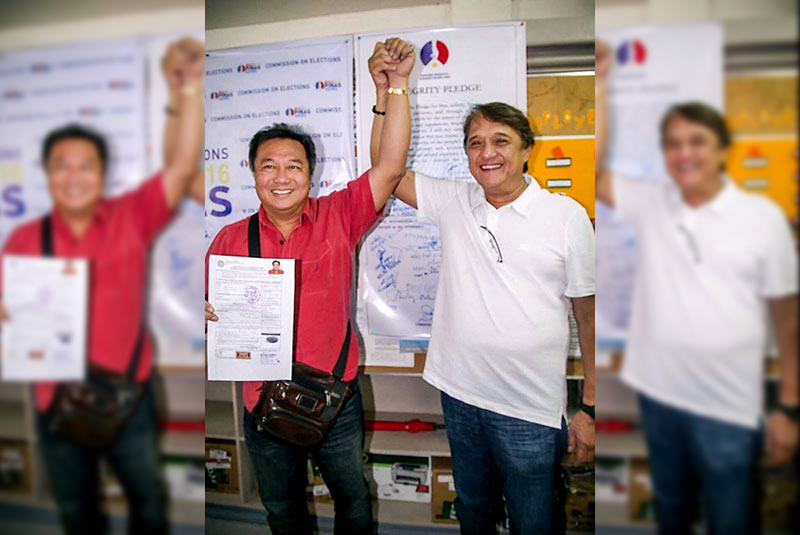 MANILA, Philippines — The Office of the Ombudsman has upheld its September 2017 ruling finding probable cause to file a graft case against Davao del Norte 2nd District Rep. Antonio Floirendo Jr. for allegedly having unlawful business interests in a banana plantation doing business with the government.

In an 12-page order dated Dec. 28, 2017, approved by Ombudsman Conchita Carpio-Morales on Jan. 15, 2018, the anti-graft body said Floirendo failed to raise any valid arguments that would warrant the reversal of its earlier decision.

“After carefully considering the arguments put forth by respondent-movant in his Omnibus Motion, this Office finds no cogent reason to grant the motions for reconsideration and to reopen the case,” the ombudsman said.

In its September 4 ruling, the ombudsman said there is sufficient grounds to charge Floirendo before the Sandiganbayan with violation of Section 3(h) of Republic Act 3019 or the Anti-Graft and Corrupt Practices Act.

Section 3 (h) of RA 3019 prohibits government officials from “directly or indirectly having financial or pecuniary interest in any business, contract or transaction… in which he is prohibited by the Constitution or by any law from having any interest.”

The decision stemmed from a complainant filed by House Speaker Pantaleon Alvarez alleging that Floirendo, the biggest financier of President Rodrigo Duterte’s presidential bid, continues to become a board member of Tagum Agricultural Development Co. Inc. (Tadeco), despite his election as congressman.

Tadeco entered into a joint venture agreement (JVA) with the Bureau of Corrections (BuCor) in 1969 which allowed the firm to lease 3,000 hectares of land in the Davao Penal Colony for a banana plantation.

Tadeco is the world’s largest contiguous banana plantation. It is engaged in the production and export of Cavendish bananas to Japan, Hong Kong, China, Korea, Middle East, Russia, Malaysia and Singapore under the Del Monte and Dole brands.

In its earlier ruling, the ombudsman found merits on Alvarez’ allegation that when the JVA was renewed in 2003, Floirendo was elected as lawmaker and even though he ceased being a board member, Floirendo allegedly still owned 75,000 shares of stock and even became vice chairman of Tadeco in 2008.

In its new ruling, the ombudsman maintained that Floirendo’s failure to divest all his interests in TADECO, no matter how small their value are, was in violation of Article VI, Section 14 of the 1987 Constitution, which prohibits members of the Senate and the House of Representatives form having a direct or indirect financial interest in any contract with the government.

The ombudsman gave no weight in Floirendo’s arguments that Article VI, Section 14 of the 1987 Constitution must be interpreted together with RA 6713 or the Code of Conduct and Ethical Standards for Public Officials and Employees.

Floirendo said that taken together with RA 6713, what the Constitution only prohibits is the Congress member’s holding of “substantial” stocks in private corporation having contracts with the government.

“It is thus erroneous to claim that RA 6713 is meant to implement, or has at all an effect to Article VI, Section 14 of the 1987 Constitution. The two provisions are entirely independent of each other and should both be complied with by a member of the House of Representatives,” the ombudsman’s new ruling read.

The ombudsman also dismissed Floirendo’s request to reopen the investigation of the case to supposedly present additional evidence showing that he was never involved nor had he ever intervened as a congressman the in negotiation of the 2003 JVA.

“Whether respondent-movant intervened or acted in his official capacity in the forging of the contract is immaterial on the charge of violation [of[ Section 3(h) of RA 3019 as mere possession of prohibited interest suffices,” the ombudsman said.