On the Loose: Con Artists 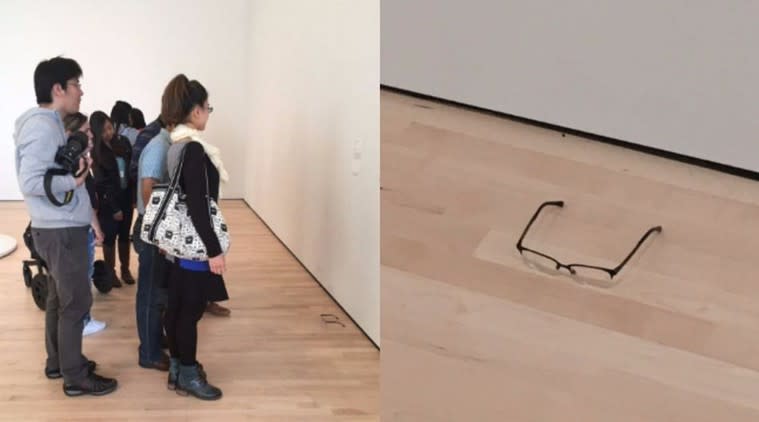 In a hilarious stunt, two teenagers visiting the San Francisco Museum of Modern Art fooled thousands of wannabe art lovers into believing a pair of spectacles were a modern masterpiece. Bored by the unimpressive works on display, the teens placed a pair of glasses on the floor. Soon enough, a crowd had gathered around to contemplate the metaphysical meaning behind the phony installation. They posted the public’s response on Twitter, where it instantly went viral and has been shared more than 50,000 times since.

If not the art, the prank was certainly priceless. The teenagers are being widely celebrated for highlighting the biggest puzzle of modern art — why is there inevitably so little to see? This joke brings to the fore all our lingering suspicions that modern art, besides being inexplicable, is mostly appalling. However, everybody buys into it because they’re terrorised of being outed as ignorant. So, akin to the emperor’s new clothes, we have to consider if there is perhaps a worldwide conspiracy between museums, auctioneers and art patrons to scam gullible fools who have more money than they know what to do with. I see this play out in a small way at the India Art Fair every year, where I have been a regular, motivated less by art admittedly, and more by the scandalous quantities of free wine available.

One of the small perks (if you can call it that) of being in journalism is invitations and previews to events before they open to the bourgeoisie. The Indian Art Fair, brainchild of the dynamic 30-something Neha Kirpal, is a staggering success, with hundreds of Indian galleries participating, along with some from China and Singapore. On this privileged day, decidedly, and notedly inaccessible to all, Delhi’s well-heeled turn out in droves, along with their interior designers and architects in tow, to inspect the works on display.

The sights are overwhelming — brightly lit stalls of video art, ghoulish black-and-white portraits and monstrously large sculptures, interspersed with restaurants, bars and the very pleasant atmosphere of a carnival. Much more interesting at least for an art novice like me is the huge congregation of international entrepreneurs, networkers and artists present in one place, which even in our richly interconnected world is a rarity. Last year, I met a “performance artist”, dressed saucily in a French maid’s uniform, whose job was to gulp tangerines from a tree. Media employed? A trite imagination and a half-hearted, pathetic attempt at shock value. Misunderstanding, bafflement and laughter is a common reaction to much of the modern art. However, if you can free yourself from the sneaking suspicion that your intellect is being mocked, you might be able to assess some of the art for what, if anything, it says to you.

I speak only from the perspective of an untrained eye, and for me while art should stir my curiosity, it should first and foremost add to the loveliness of the space it occupies. Alas, if I sound hopelessly provincial but FN Souza’s most celebrated works, of disintegrating bowels, do nothing for me. Nor do rape scenes or dramatic images of bizarre half-animals and men writhing in agony. My tastes are sadly mainstream. I have also, of course, wondered whether the abstract sense of beauty allegedly present in much of contemporary Indian works has eluded me because I happen to be an unsophisticated twit, who just doesn’t get it. While that’s, of course, entirely possible, it’s also true that most of what passes off as great work is pretentious and unreasonably priced, probably not worth the paper it’s made on.

After the financial crash some years ago, India has fallen off the global art scene. The very finest and rarest works by the best are in very high demand but these are few and far between. The younger artists, whose works are in plentiful supply, are not sought-after, perhaps, because there was a time when too many people engaged in speculative buying, creating serious doubts about their worth. These young teenagers’ ironic joke represents a brutal truth: you can draw in crowds with absolutely anything. The ultimate masterpiece, however, is deeply personal. It turns out the only real way to judge art is to listen to what instinctively appeals to the voice inside your head.