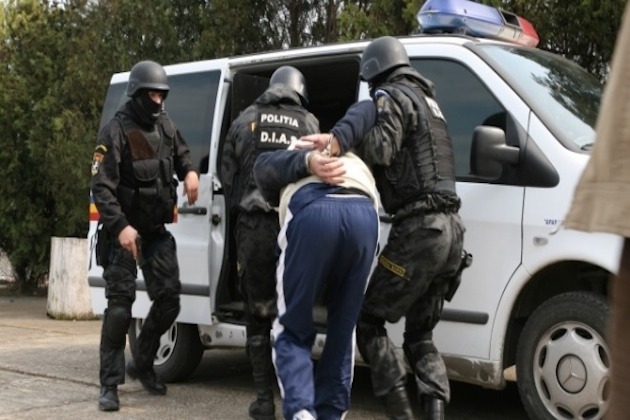 THE HAGUE, Netherlands – 2.38 tonnes of cocaine have been seized, 529 human trafficking victims identified and 386 individuals arrested following a week-long international operation carried out in over 11,000 locations worldwide.

Fifty-one countries and four international organisations teamed up with Europol to deliver a major blow to organised crime groups operating across the European Union and beyond. Cooperation with partners from the private sector was also key to the operation.

Simultaneously, 16 Europol specialists were deployed on the spot in several countries across the world. From there, they worked hand-in-hand with investigators to provide forensic support, analytical reports and live crosschecks against Europol’s databases.

During the actions, law enforcement checks related to THB targeted red-light districts, brothels, massage parlours, private apartments, airports and immigration reception centres. The nationality of the identified victims of human trafficking, and the suspects arrested during the operations, confirmed that trafficking networks originating in Nigeria, Asia and Eastern Europe are the most active in the EU.

In one case, Austrian authorities discovered a cannabis plantation while performing checks at a brothel to identify potential victims of sexual exploitation. The officers ordered the closure of the premises, which was being run as an illegal brothel, and a new investigation was initiated.

In another case, Europol was able to establish links between a payment card fraud case and a case on facilitating illegal immigration. This information was forwarded to colleagues from the European Border and Coast Guard Agency (Frontex) based at an airport in Athens, Greece. Following the lead provided by Europol, the officers intercepted four irregular migrants who were intending to travel to Italy. Four forged passports and four fraudulently-purchased flight tickets to Italy were found on them, and the individuals were arrested.

Also, a fake travel agency was discovered in Greece that was facilitating the trafficking of human beings and illegal immigration. The successful result was based on analysis of Europol information, notifications from airlines and the proactive approach of Greek police.

In addition, intelligence collected during the operations triggered the initiation of 449 new investigations.

Figures at a glance:

“Countries and organisations across the globe working together as one entity is the modern response to borderless serious and organised crime. As an immediate result, some 386 suspects have been arrested. This project will also produce effects in the long term, as over 440 new investigations have been initiated. On behalf of Europol and its staff, I would like to congratulate all parties involved in Operation Ciconia Alba,” said Rob Wainwright, Director of Europol.

Operation Ciconia Alba is the third series of joint action days covered by the 2013 – 2017 EU Policy Cycle. As part of Ciconia Alba, joint operations already took place earlier this year, when exceptional international cooperation resulted in the arrest of 47 individuals and the safeguarding of 275 victims of exploitation. Also, law enforcement officers from all over the world arrested 140 suspected fraudsters who were found in possession of airline tickets bought using stolen or fake credit card details.

The Ciconia Alba joint action days were performed within the framework of the EU ‘EMPACT’ priorities tackling organised crime, and focusing on the following crime areas: