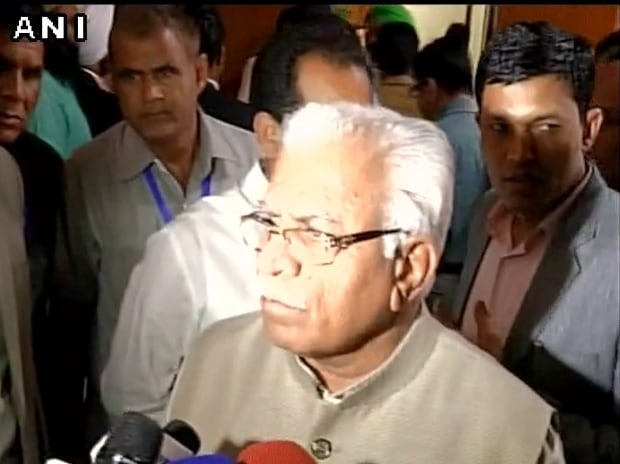 Blame it on his lack of experience in political life and administration or his utter lack of grip on the government that he heads, Khattar has come a cropper when it comes to dealing with law and order situations, especially the ones that put the life and property of the common people in Haryana to risk.

The mayhem and arson by Dera Sacha Sauda (DSS) followers in Panchkula town on Friday, just minutes after the sect chief Gurmeet Ram Rahim Singh was convicted for the rape and sexual exploitation of two female disciples in 2002, which left 31 people dead and nearly 250 others injured, has put Khattar in a politically precarious position on holding on to his chair.

Khattar’s name has virtually become synonymous with inept handling of tough situations — be it the violent Jat agitation that left 30 people dead and over 200 injured in February 2016, or the action against self-styled godman Rampal, who remained elusive from the law and even raised an armed private army to defend himself at his ashram near Barwala town in Haryana’s Hisar district in November 2014.

Not only the opposition Congress and the Indian National Lok Dal (INLD), senior BJP leaders within the ruling party, including some of his ministers too are gunning for his scalp after the DSS mayhem.

Even the Punjab and Haryana High Court has come down heavily on the Khattar government for mishandling the situation. The high court is annoyed with the government over the violence during the Jat agitation too.

In nearly three years in power, Khattar has hardly done anything remarkable for the state, even though he recently made big claims on completing 1,000 days in office.

Khattar’s biggest claim, so far, has been on a “corruption-free government” and “good governance”.

While corruption can be seen as a relative term given the scams that the previous Congress government (2005-2014) led by Chief Minister Bhupinder Singh Hooda faced, “good governance” has been non-existent in his handling of the DSS violence, the Jat agitation or the Rampal episode.

In the state administration and the police, frequent transfers of senior bureaucrats and police officers in the last 34 months have become a kind of a joke. Even within the Chief Minister’s own office, Khattar has changed his principal secretaries, the most important bureaucrats in the set-up, several times.

Khattar, who has visited a few countries — the from United States and Canada to China, Japan, Singapore and Hong Kong, to seek investment for Haryana, the repeated major incidents of violence, which bring the state to a standstill, are hardly going to inspire anyone to park their money in the state.

“Happening Haryana”, as the state’s investment slogan goes, is making national and international news for all the wrong and violent reasons.

In February last year, rampaging mobs of Jat youths laid siege to Rohtak town for days and forced the Haryana government to call in the army in 10 districts. At several places, the army could not even enter initially.

Even the house of Haryana Finance Minister Abhimanyu and a school owned by his family was set on fire. Several government buildings were damaged and torched by protestors.

When he became the Chief Minister on October 26, 2014, Khattar, a former Rashtriya Swayamsewak Sangh (RSS) pracharak, was a political greenhorn. He had never even been a legislator, let alone being a minister or having any administrative experience. Even after three years in office, the BJP central leadership must be thinking of either giving him another chance or finding someone to at least govern the state.

Jaideep Sarin can be contacted at jaideep.s@ians.in