Out at sea: on the Indian Ocean Region 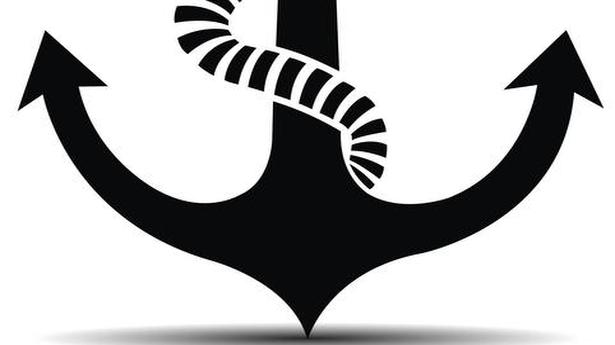 In its National Security Strategy (NSS), the U.S. has called China a “challenger” and “rival” while welcoming India’s emergence as a “leading global power and stronger strategic and defence partner”, and declared that it seeks to increase ‘Quadrilateral’ cooperation with Japan, Australia, and India. The NSS also states that the U.S. would support India’s growing relationships throughout the region. While the broader emphasis on improving the partnership is welcome, policy-makers in New Delhi should be cautious on two counts. One, India should be wary of any attempts at being pitted as a front in the U.S.’s efforts to check China’s rise. Two, while the notion of the Indo-Pacific sounds grandiose and enticing, India must not forget that its primary area of concern is the Indian Ocean Region (IOR). Securing its position here is vital before venturing elsewhere.

More importantly, it would not be an exaggeration to say that India has always been wooed by both sides and has been a balancing power on the world stage. As its stature in global politics increases, it is in the nation’s as well as global interest that India remains a balancing power. For instance, India’s vote in the UN General Assembly over Jerusalem should be seen in line with a “rules-based world order.”

At the same time, there is no question that India should hedge against the rapid expansion of Chinese presence in the IOR. This is further underscored by recent acknowledgment by the People’s Liberation Army that it is “planning to explore the possibility of more foreign military outposts in Africa, West Asia and other areas.” For India, geographically the area of concern, and so the area of focus, should remain the IOR, stretching from the Gulf of Aden to the Strait of Malacca. While reiterating its commitment to upholding the established laws of the global commons, New Delhi should not go adrift in the larger Indo-Pacific. As more powers make inroads into this strategically crucial space, India must consolidate its position and not expect others to do its job, for it would only mean ceding space in the long run.

There are two ways of doing this — beefing up Indian capacity and securing interests and then expanding partnerships to fill voids. The tags of net security provider and leading global power would mean nothing if New Delhi cannot undertake capacity building in its own backyard, be it South Asia or the IOR. While the offer of help from various countries to help expand India’s network in the region looks tempting, it actually reflects India’s failure to establish its primacy in the region. Ideally, it should have been the other way round: India guiding outside powers in its backyard. In this context, it is imperative for policy-makers in New Delhi to conduct a reality check on relations with our neighbours.

Over the last couple of months, there have been hectic parleys with various nations in various formats — quadrilateral, trilateral, etc. But it cannot be at the expense of the neighbours. While being part of various groupings is important, it is imperative that they are in line with our interests. That is where more clarity is required on the recently resurrected Quad. Except India, for the other three the primary focus is the Pacific Ocean, especially the South China Sea.

At the same time, some recent initiatives illustrate the way forward for India. Last month, India and Singapore concluded an overarching bilateral agreement for naval cooperation. Besides being only India’s second bilateral logistics arrangement, it gives it access to the Changi naval base at the mouth of the Strait of Malacca. With Singapore’s assistance, India is also working out modalities for joint multilateral exercises with the Association of Southeast Asian Nations (ASEAN). India is also negotiating similar logistics agreements with several other countries. These developments show the way forward for India to engage with like-minded countries in the region without getting entangled in groupings which are seen as being targeted or military in nature.

Another initiative which fits the bill is the Goa Maritime Conclave hosted by the Indian navy last month where Navy Chiefs and maritime heads of 10 Indian Ocean littoral states brainstormed on ways to improve cooperation in the region. It is an India-led initiative where the navy has offered to share information of maritime movement in real-time.

This is the template for India to take forward to build its primacy in the IOR before venturing into adjacent waters while also making sure that its interests are taken heed of while getting into various groupings and not end up doing someone else’s bidding.