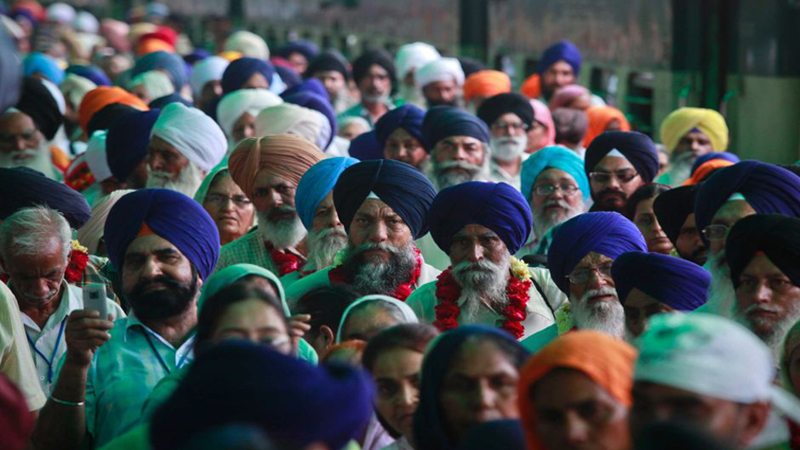 ISLAMABAD: A seminar on Sikh Heritage in Pakistan was organized by the Malaysian-Sikh community on Saturday at Asia Pacific University in Kuala Lumpur. The High Commissioner of Pakistan Mohammad Nafees Zakaria was invited as Chief Guest.

The Seminar was organized in the backdrop of the launch of a book entitled Lost Heritage-the Sikh Legacy in Pakistan, the Quest Continues, written by a Singapore based investment banker-turned author Amardeep Singh.

In his presentation, Amardeep Singh illuminated the participants about the rich cultural and religious heritage of Sikh community in Pakistan.

He appreciated Pakistani authorities for their warm hospitality and complete support by providing him logistics, security and access to the innumerable Sikh heritage sites across Pakistan.

During his media interactions after his first book on the topic he had reminisced fondly about warm welcome extended to him by the people of Pakistan.

Speaking at the occasion, the High Commissioner highlighted that Pakistan, with rich cultural heritage of many ancient civilizations and religions had a tolerant, hospitable, and just policy towards adherents of all faiths and religions including Sikhs.

The Government, in consultation with Pakistani Sikh community, was taking excellent care of 13 major Gurdwara Sahibs and constantly striving to upgrade and restore historical Sikh sites in phases. Recently, 3 major Gurdwaras have been rehabilitated in Lahore, he informed the audience.

Highlighting the Government of Pakistan’s continuous efforts to maintain, uplift and renovate and construct facilities for Sikh pilgrims, he expressed satisfaction over the increasing number of pilgrims every year.

Last year over 70,000 Sikh pilgrims visited their sacred places in Pakistan. The High Commissioner also informed the audience about the active participation and contribution of the Sikh citizens to the development and progress of Pakistan, which is appreciated.

He also identified prominent areas and professions in which Sikh community members were positioned in Pakistan including the Parliament, Armed Forces, civil services, etc.

A short documentary reflecting on the religious occasions and sentiments of the Sikh pilgrims was also screened.

The notable of the Sikh community in Malaysia appreciated Pakistan Government’s efforts to promote and preserve Sikh Heritage in Pakistan.

The High Commissioner gifted copies of coffee table Books entitled: “Sikh Heritage of Pakistan to the representatives of the Sikh Community and Gurdwaras.