A growing number of airlines are banning Samsung’s beleaguered Galaxy Note 7 from flights due to fears that the devices could cause a mid-flight fire.

Taking the defective devices on board an aircraft is already a federal crime in the US after the Federal Aviation Authority banned the smartphones from flights. Passengers flouting the ban face fines of up to $179,933 – and even prison time.

Samsung has recalled more than two million Galaxy Note 7s after users reported defects with the lithium-ion batteries, which have been causing the smartphone to combust. 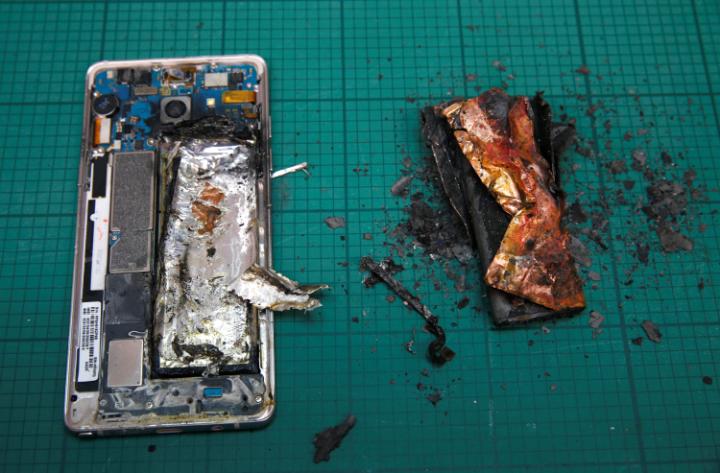 The charred remains of a Galaxy Note 7, which spontaneously combusted CREDIT: EDGAR SU

Travellers caught flouting the ban in Japan will have their smartphones confiscated and could face fines.

Other airlines have followed the US and Japan’s lead. Singapore Airlines, Cathay Pacific, Qantas, Virgin and Air New Zealand have all barred the smartphones, along with AirItalia, Air Berlin, AirAsia, China Airlines and EVA Air.