Philippines president tells America to pack up and prepare to leave 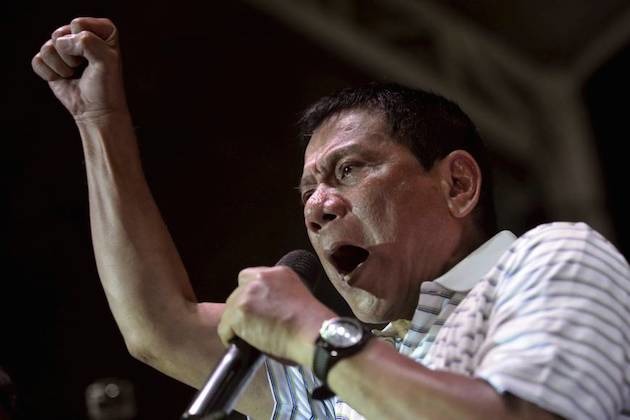 MANILA, Philippines – Firebrand Philippines President Rodrigo Duterte in his bluntest message yet to the United States has told the country the Philippines doesn’t need American money, and he is ready to tear up the Visiting Forces Agreement (VFA).

Speaking to a pack of reporters at a staged news conference in Manila, after returning from a trip to Singapore and Cambodia, Duterte was scornful of the VFA agreement, which was signed in 1998, and has seen up to a million U.S. troops visit the Philippines for military exercises and humanitarian missions.

“Bye, bye America and work on the protocols that will eventually move you out of the Philippines,” he added, declaring that he would tear up the agreement “any day soon.”

At the end of the conference the controversial official held out an olive branch to incoming U.S. President Donald Trump. “I like your mouth, it’s like mine, yes Mr President,” he said. “We are similar and people with the same feathers flock together.”